Home > Blog > Inspiring Yourself & Others > Confidence > Busting Out of The Box: Tips for freeing yourself from judgment and doubt

Busting Out of The Box: Tips for freeing yourself from judgment and doubt

One day when my son Ryan was eight years old, he came home from summer camp with a riddle.

“Mom, pretend you are in a box that is sealed shut – air tight – with no doors and no windows.” OK,” I replied, picturing walls on all sides of me.

I offered some lame solutions, each of which compelled him to roll his eyes and shake his head. When I saw that he could no longer take it I said, “I give up. How do you get out?”

“You stop pretending!” he said with a wide grin spreading across his face. 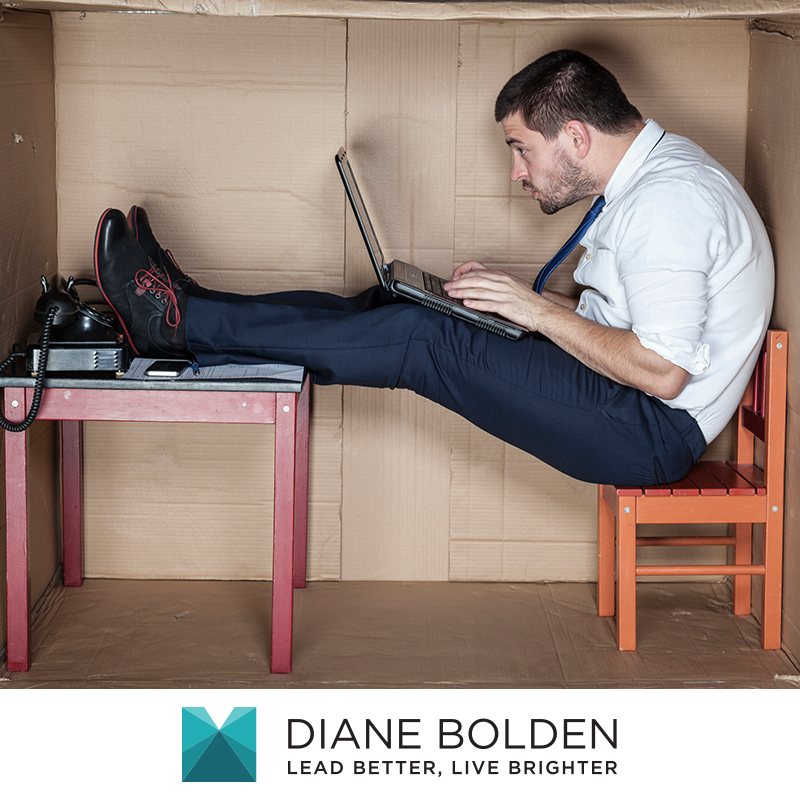 This little riddle has profound implications for all of us.

Because we have a way of creating our own boxes every day of our lives. Sometimes we do it when we wake up with preconceived ideas of how our day is going to be. We do it when we make a judgment of whether or not we believe people will come through for us, or whether we will be able to come through for ourselves. We create boxes that keep us walled off from our greatest potential and the myriad of possibilities that exist all around us when we believe that the chances of achieving something are less than optimal.

We are often told that being truly creative requires that we “think outside of the box.”

And I believe this is true. Perhaps we can also increase our creativity and effectiveness by recognizing the ways in which we create our own boxes to begin with so that we can prevent them from reigning us in altogether.

Anytime you believe an assumption, you’ll tend to act in ways that validate it.

If you believe you are not capable of doing something – speaking in public, taking a stand, initiating a conversation with someone, pursuing some kind of opportunity – with the belief that you don’t have what it takes to succeed, you’ll behave in ways that make that assumption true. As the saying goes, “you can’t win if you don’t play.”

You may believe we cannot do something because there is no evidence that suggests you can.

But the lack of evidence is a direct result of believing something about ourselves that is based completely in conjecture. Many times the only real evidence we have is actually a lack of evidence.

Our beliefs can impact people around us too.

When you believe an assumption about others that suggests they are not capable of achieving something, you may well act in ways that can bring out their insecurities and doubts, thus inhibiting their performance. It is not uncommon for people to be accomplish amazing feats in front of some audiences and become all thumbs in front of others.

But there is a way out of that trap.

When we find ourselves being intimidated by others who may have doubts about our abilities, we need to be aware of the fact that their doubts are not what is inhibiting us at all. Their doubts are only triggering the stories of inadequacy we have about ourselves – and that is what gets in the way of our ability to do any given task. When we begin to pay attention to what it is we are believing, we can question the validity of our assumptions and take steps to disengage ourselves from beliefs that keep us reigned in.

The key is not to simply get rid of our assumptions.

What we really need to do is replace our limiting beliefs with empowering truths. Rather than focusing on what’s going wrong, we can focus on what’s going right and build on that. Instead of beating ourselves and others up for our seeming shortcomings, we can appreciate our strengths and the progress we have made and go from there. We can move from the improbable to the possible and look to the talent we and others possess that will help us to achieve it.

Our doubts are like the walls of a box that keep us from seeing and acting on the array of possibilities all around us. The truth about who we are and what we are capable of dissolves those walls and allows us to bust out of our boxes so that we can experience life as it is truly meant to be lived – unencumbered, limitless, and free.

So, if you find yourself in a box, remember the advice of an eight year old boy – and STOP PRETENDING.

Posted in Confidence, Inspiring Yourself & Others