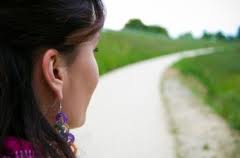 Have you ever had a career disappointment that shook you to your core? I did, and it was early in my career. When it first happened, I was bitter, frustrated and scared. But what I ended up learning from the experience was pivotal to my future. And to this day, I am still grateful.

I know many people out there are enduring all kinds of career shakeups and also know that I am always heartened to hear stories of people who were able to take fairly lousy situations and find a way to benefit from them.  It is in this spirit that I share my story with you – (1) The Situation, (2) The Strategy, and (3) Lessons Learned.  Please feel free to share your own experiences, advice or questions by clicking on “Add a Comment” above.

My first job after college was at an advertising agency. Having yet to arrive at the realization of what I wanted to do with my life, I took the job because it had elements of what I studied in college: English, business and communication – and because it sounded fun and interesting. I started as an administrative assistant with the promise that it wouldn’t be long before I would be promoted into something a bit more substantive.

Turns out advertising just wasn’t my thing. The work itself didn’t pique much interest in me, but I was intrigued with the organization and the people in it. Turnover was high, morale was low, and the customer was an afterthought. I knew that all that could be changed – that something could be done to allow people to feel more alive in their jobs, to ensure that the customer was happy, that the company was growing and profitable. So I got to work talking to people. I interviewed smart, ambitious entry level personnel, who felt discouraged and overlooked when the jobs they were working toward were filled by people from outside of the company.

I talked to new creative staff and account executives who came in and hit the ground running, knowing little about the agency or its customer. I spoke with seasoned executives who lamented that no one seemed to care about what was most important anymore. I integrated all their insights, ideas and suggestions with my own observations and created a proposal to implement a program that would allow seasoned people to train and mentor newer folks, better integrate with the customer, and grow the business from within.

Knowing little about corporate politics, I went straight to the VP of Operations with my proposal to create the program and allow me to run it. He listened intently, asked several questions, and arranged subsequent meetings with others in the company. It wasn’t long before a position was created. My boss at the time, who wasn’t impressed with my lack of passion for being an administrative assistant or the fact that I went over her head with my proposal (which I never even told her I was working on) was outraged.

She called upon her networks to put a stop to things. A few days later I was told that while the company was going to create the position and launch the program I proposed, because of all the controversy, they could not allow me to head it up. I was crushed. I remember walking across the agency’s glossy floors and out the tall glass double doors of the building, burning with animosity, rage, and frustration at the seeming injustice of it all. 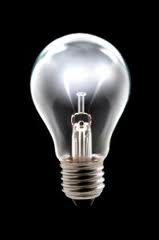 In the weeks that followed my indignant resignation, the anger and bitterness gradually released me from its grip and I began to feel a sense of calm clarity. I was onto something here. Maybe there was a way that I could work with corporations, organizations and people themselves to bring out their latent talent and harness it in a way that could contribute to a common goal. I went to the local bookstore and bought a copy of What Color is Your Parachute and dedicated myself to doing the soul searching exercises there and taking action to learn about work and potential opportunities that were more aligned with my core talents, interests and passions.

Somewhere in my search I discovered that in many corporations there was a department called organization development that employed people to do the kind of things I tried to do at the advertising agency, and more of the kind of work that truly excited and inspired me. I began to ask around and find people who actually did these jobs. Some of them were people that friends of mine knew. I began to interview them, asking about how they got started, what they loved and didn’t love so much about their jobs, and what advice they would have for someone like me who wanted to break into the field. At the end of every interview, I asked for the names and numbers of three more people they would recommend I speak with. I ended up building a pretty great network and it wasn’t long before one of the people I spoke with called me with an opportunity to do an internship at a local hospital in their organization development department.

I was thrilled and ended up learning the ropes from incredibly talented mentors who allowed me to take part in projects that were intriguing, challenging and incredibly rewarding. I was an intern for less than a year before I was offered a permanent position doing satisfying and empowering work I didn’t even realize was out there when I was scratching my head back in college trying to answer the question of what I wanted to do with my life. And each subsequent opportunity I have had has helped me further refine and hone what I love to do into a career that lights me up allows me to continue to grow and evolve. 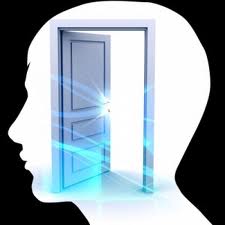 Among the many things I learned from that experience are the following:

For more on Career Comebacks: