How to Change a Habit That Is Hurting You, Part 2 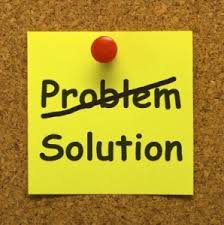 STEP TWO:  Surround yourself with reminders of what you are moving toward.

Though you may not have already experienced the pleasure you will gain by moving beyond your old habit and engaging in something new, your mind can help you to imagine it and make it real for you.  It does this in much the same way that it can also magnify your fears and come up with all kinds of scenarios that have you shaking in your boots.  Take control of your mind in advance. Envision the change you are making and what you imagine it will bring you.

If you are trying to get control of your temper, imagine what it will feel like to be able to calmly engage in discussion with someone without losing your head.  Envision yourself shaking hands with people and leaving meetings feeling as though you have strengthened relationships rather than damaged them.  See if you can find a symbol or image that helps you to move into that feeling whenever you look at it. And put that visual reminder somewhere where you will see it often.

Maybe you are wanting to break the habit of staying in your comfort zone rather than taking the bold actions you dream about – like writing a book, creating a new program or product, or looking for a new job.  Envision what acting on your dream will give you and see if you can experience it in your mind as though it has already happened. Find pictures that evoke those feelings for you and get you excited and motivated to take steps to make it happen.  Look at them every day, several times a day and feel those feelings when you do.

When you feel as though you are getting sucked back into old behaviors you are trying to leave behind, or when you are discouraged about your progress use your reminders to bring you back to your intention and recommit to yourself.

Click here for step three of How to Change a Habit That is Hurting You.

Are Your Habits Hurting You? 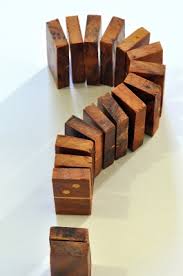 We all aim to develop good routines.  But most of us have a few habits that cause problems too.  Maybe it’s the way your temper flares when people don’t do what you want them to.  Perhaps it’s a tendency to turn the other way when things get stressful – to go bury your head in the sand or find something to do that keeps you from having to address issues.  Maybe it’s your inclination to take so many things on that you are running yourself ragged, or a habit of staying in your comfort zone instead of taking the bold leaps you dream about in your quiet hours.

Sometimes even good habits reach a point where they no longer serve you all that well, like the habit of diving into the details after you’ve just been made a leader of leaders who really needs to rely on others to do that for you.   But we tend to hang onto those routine ways of doing things long after they have outlived their value.  Not because they are particularly gratifying, but because they are comfortable and familiar.

Habits act as defaults. We do them without having to think much at all.  They are ingrained behaviors that we revert to when things get stressful, and they have a way of taking over and putting us on autopilot.

There may come a time, though, when habits that never really used to be a problem start making some waves in your life.  They may hurt your effectiveness on the job, or your ability to really connect with others.  They could keep you playing small instead of really stepping into and realizing your potential and living your dreams.  And sometimes they become painful.

I am a runner.  I don’t train and sign up for marathons or anything.  I just do it to clear my head and release tension – and because it makes me feel good.  When I first started running, I just wanted to be able to go for awhile without getting too tired.  I was happy when I managed to get off my butt and just get outside.  Then I started to run a little longer.  And then gradually a little faster.

But the more intensely I did things the way I had always done them, the more I began to notice that I was having pain.  My hips hurt.  My shins were stiff.  There were periods where the discomfort became so intense that I had to lay off running for awhile until my body healed.  And then I noticed it wasn’t long before I was having some kind of pain again.  It was a little maddening.

Interestingly enough, one of my new clients, Nicole Armbrust, is a physical therapist who works with runners to improve efficiency and prevent injury.  She encouraged me to have an assessment.  I was a little hesitant.  Really?  Do I really want someone to tell me about all the things that I should be doing differently?  Do I really want to change something that for the most part was making me feel so good?  The next time I went running and began to feel that familiar stiffness that I knew would morph into  throbbing later, I realized it was time for a change – even though I knew it would not necessarily be a comfortable one.

Nicole examined how my muscles and ligaments worked.  She listened intently as I told her about my history and all my injuries.    She videotaped me walking.  And then running.  And then she had me try some stretches and other exercises.  Alas, many of the things I was afraid of were true.  The strides I was taking were too long.  I was landing on the wrong part of my foot.  One of my hips was tighter than the other, causing me to overcompensate – which of course was adding to my injuries.

She gave me a metronome, which she believes will help correct a large percentage of my problems.  Apparently, much of what I really need to do to correct 95% of my problems is run to a faster beat, which would lead me to take smaller strides and push off and land on the right parts of my feet.

The first time I tried it, I hated it.  It was unnatural.  And I couldn’t just slip into my zone and forget about what my body was doing.  It was an effort to keep my feet hitting the ground that fast.  And my faithful running buddy, a golden retriever named Bellissima, was thrown off too.  “What the heck?”  I could swear that was going through her head when she looked up at me with those big brown eyes of hers.  I was right there with her.

But the more I practiced with that new way of doing things, the less pain I have had, and the faster I can run.  I can run longer and more often.  And I am enjoying myself again.

I think life is a little like that.  Often we don’t seek help until things begin to hurt us.  And though it’s kind of sad that we wait until things become painful to try something different – it is often just the springboard we need to find better ways of doing and being.

Maybe your last temper explosion led people to no longer want to support you, and you are ready to figure out ways of better channeling your anger.  Perhaps the things you were avoiding came to a head in a less than optimal way that made things even more unpleasant and you want to keep that from happening again.  Maybe you have totally burned yourself out and are starting to realize that there has to be a better way of doing things.  Or perhaps the window of opportunity you have been carefully planning and preparing for closed before you dared to act on it and you’re tired of missing out.

When your habits begin to hurt you, you get to decide what you are going to do about them. It’s a crossroads that can be challenging – because though you might be experiencing pain and discomfort with your habit, it likely will seem as though anything you might need to do differently will be even worse.  And that is the root of resistance.

But what I have found through my own experience, as well as that of so many others – friends, clients, colleagues – is that the pain caused by resistance is far worse than anything it would have you avoid.

Maybe you don’t need to wait until it comes to a head.  We all have habits that no longer serve us.  And you already likely know what habit (or habits) are bringing you down.  So the question is, what are you going to do about it?

In my next post, I’ll write about how to change the habits that hurt you.  If you want some support changing bad habits, you might want to consider working with a coach.  For more information on executive and leadership coaching, visit https://dianebolden.com/coaching.html or or contact me to schedule a complimentary coaching call. And if you are more of a “do it yourselfer”, check out my new video program, On the Road to Real or pick up a copy of my book The Pinocchio Principle: Becoming the Leader You Were Born to Be, available at Amazon.com or BarnesandNoble.com.