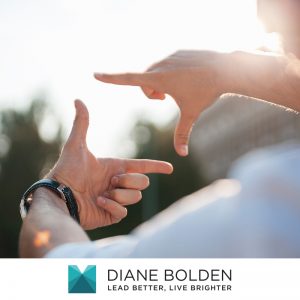 I recall a day, years ago, when I went to go pick up my youngest son from his friend’s house.  As we were leaving, I mindlessly threw the car into reverse, took a quick glance behind me to make sure no one was walking there, and stepped on the gas.  While the car lurched backward, I was jabbering away to my son about all the things we needed to get done that day when suddenly the car came to an abrupt stop, accompanied by the sound of crunching metal.

What I failed to take in with my cursory glance was the fact that another car was parked directly across the street from the driveway that I was backing out of.  And since it didn’t register, I neglected to turn the wheel at the angle that would have allowed me to avoid the collision we had just experienced.  I felt a flame of frustration mixed with anger flare up inside of me.  “Why did this have to happen?  Why couldn’t I have just slowed down long enough to realize there was a car behind me? And why the he*! would anyone park directly behind someone else’s driveway?”

I breathed a heavy sigh as I realized that all the things I was eager to hurry up and get done would now have to wait.  We parked the car and walked up the path to the neighbor’s house to let them know what happened.  The car, it turned out, belonged to a sixteen year old boy who was studying at his friend’s house.  I asked him for his information, gave him mine, and assured him that I would pay for the damages his car incurred because of my negligence.  Being sixteen, he insisted on calling his parents, who insisted on getting the police involved.

Realizing that none of the things I wanted to accomplish would now get done that day, I resigned myself to sitting and waiting.  My son’s friend’s parents laughed as they recounted their own story of having done the same thing I just did a few weeks earlier, complete with the same frustration and the same question of why someone would choose to park in such a precarious place.  I was completely engulfed with pity, anger and self absorption.

As the time continued to pass, I gradually moved outside my little world and realized that though I may have believed I was inconvenienced by this whole series of events, my tribulations were minute compared to what this poor boy and his family now had to endure because of my thoughtless and frenzied pace, not to mention the police who surely had more important things to tend to.

The kid, it turns out, had only recently gotten his license, and only recently been allowed the privilege of driving his parents’ car.  He was worried that in some way his actions would compromise their trust in him.  His mother, who most certainly had other ideas of how she wanted to use her time that day, had to forfeit everything to drive over and wait for the police to come fill out a report.  And the parents of my son’s friend had to put up with me hanging around in their driveway for who knew how long until closure was obtained with the whole ordeal.

A wave of humility and embarrassment came over me as I realized how selfish I had been with my thoughts and my time.  And once I started seeing the situation through the eyes of others, my own frustration became replaced with a desire to make the situation more endurable for everyone involved.

That simple shift in my frame of reference made all the difference in the quality of the day I was having, and I think (or at least hope) it prevented the quality of everyone else’s day from further deteriorating due to my previous attitude and the actions that it was resulting in.  Our conversations transitioned from being strained to somewhat enjoyable, and the more I empathized with the other people involved in the unfortunate incident, the more they empathized with me.  Before long, everyone’s agenda shifted to making the best of things – which we actually ended up doing.

When life’s little disturbances throw a monkey wrench in things, we cannot help but feel frustration.  And of course we tend to see things from our own frame of reference most of the time.  But we need to be wary of getting so wrapped up in our own little worlds that we neglect to realize the impact situations (especially those we directly contributed to) have on others.

Allowing others to become the center of our frame of reference allows us to see things we previously missed, and connect with them in ways that enrich everyone.  Our universes expand, and the gifts that comes out of situations like that are often greater than anyone could ever anticipate.  I am convinced that every situation, no matter how annoying it may seem at the time, brings with it a gift.  The question is – will we be able to get to the place where we can see it, and to what degree will we allow it to work its magic?

As a result of that little experience, I try (though I don’t always succeed) to dedicate myself to the habit of really looking around me to take in a bigger picture – not just when I’m driving, but everywhere I go and with everything I do.  I have learned that when I make myself the center of my own universe, I tend to overlook important details and even more important, people.  And at any point I can turn that all around – even when things don’t go the way I would have liked.   Sometimes I don’t remember that until after the fact, but thankfully life is rich with opportunities for practice.

In any conflict – whether self imposed or unexpectedly encountered, we have the choice of what frame of reference we can view things from.  And that decision will make all the difference in the world.