Home > Blog > Getting in your zone

How to Get (and Stay) in Your ZONE 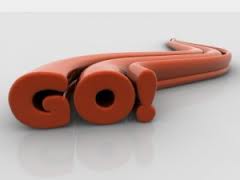 A few weeks ago, I posted an article about feeling your fear and doing it anyway.  I wrote that after going months without writing a single word for my blog.  I thought I wanted to write.  I loved the idea of writing.  But the truth is what I really loved was the idea of having written. There is a difference.  I wanted the satisfaction of having a finished, polished product that made me feel as though I had accomplished something worthwhile.  But I couldn’t get my heart and head into writing at all.

I told myself it was because I didn’t have the time.  There were too many other things I needed to do.  Too much going on.  And while it was true that there my plate was quite full, it was also true that I could have made the time to write if I really tried.

In a moment of complete honesty, I realized that I was simply experiencing plain old yellow bellied fear.  I was talking to a friend one day about my worry that I couldn’t write a decent article. She blinked in confusion.  “But – you’ve written and published a whole book!  You know how to write.”  I laughed in recognition that she was right.  But it didn’t matter.  I was still paralyzed by doubt.  And to make matters worse, I was also judging myself for being a pansy.

Have you ever let your fear and doubt keep you from doing what you really need and want to do?

The longer I went without writing, the more monumental the task seemed.  I just wasn’t sure I could still pull it off.  And to save myself the agony of flailing and failing, I just didn’t try at all.  I manufactured a bunch of other things that justified putting it on the backburner.  But it continued to eat at me, haunting the edges of my mind – and so despite my attempts to avoid it, I experienced agony anyway.

One day when I just couldn’t stand sitting at my desk for another minute, I went for a run.  I didn’t really want to, but I needed to get away and clear my head.  It had been awhile since I went running.  My body was heavy and stiff.

“Do I really want to do this?” I asked myself.

So I started moving my legs and ran down the street.  It was not fun.  I was not enjoying myself.  But I kept at it because I knew that feeling wouldn’t last long.  I just needed to warm up and find my zone, and then it would feel good.  Maybe even great.  And that’s exactly what happened.  I came back refreshed, renewed, and energized.

And then it hit me.  Perhaps the same approach that got me into my running zone could get me into my writing zone.  Maybe all I needed was to warm up – to give myself permission to not be in my zone, but to move anyway. Every athlete worth his salt knows the importance of warming up.  Broadcasters do tongue twisters before they get on the air.  Some of the best actors are in character long before they get in front of the camera.  Even cars and other machinery runs better when the engines are warm.

I remembered reading recommendations for writing warm-ups.  I had scoffed at them before, thinking they were a complete waste of time.  If I couldn’t find the time to write as way it was, why would I want to add another chunk of time onto writing something that I would end up throwing away?  It seemed silly.  But I tried it.

What I discovered is that a warm-up – whether for writing or anything else, doesn’t necessarily need to take a whole lot of time.  Five minutes is all that was recommended. Five minutes of sitting at my computer writing a stream of consciousness, letting my fingers dance across the keyboard without stopping, and without regard for spelling, punctuation or typos.  Five minutes of typing anything – even if it was “this is stupid, I don’t know why I am doing this.  I don’t even know what to write about.  I don’t think doing a warm-up is going to help anything.  I want ice cream.  Blah, blah, blah.”

The more that I typed, the more I began to express my fears and doubts.  I moved into my resistance and put it right out there on the paper in black and white.  I wrote about what was on my mind, what was weighing on me.  What I was afraid I would do.  And what I was afraid I wouldn’t do.  And I began to feel lighter, less encumbered, and more fluid as my doubts began to give way to something more interesting that was waiting to break through.

Five minutes.  The timer buzzed.  And then I proceeded to write an article.  I was amazed as what used to take hours came flying out in a matter of minutes.  I let it rip, deciding not to edit myself as I went along and giving myself permission to go back and polish things up later.  I put my judgment on hold and just did what I wanted and needed to do.  And it was wonderful.  I was enjoying the process again.  And when I did, the end result took care of itself.

Later I had lunch with another friend as I shared with him my latest discovery.  His kind brown eyes narrowed with intensity as he asked, “Why do we doubt ourselves?”

“Because we’re afraid we can’t do what we need to do.”  I answered.

“Do you doubt that you are sitting here in front of me?”  He replied.

“Why do you not doubt that?” he asked, unphased.

“Because I can see for myself that I am sitting in front of you.”  I shot back.

“Exactly!”  he said.  “You don’t doubt what you can see, hear  and feel with your own senses.”

And then I realized why a warm-up is so very powerful.  When we doubt ourselves, we begin to tell ourselves stories about how we can’t do anything all that well.  And then we believe those stories and become more firmly entrenched on our backsides.  We become stuck in inertia without indication that we can do anything but stay there.

But when we start moving in a direction – any direction – we begin to have even the smallest shred of evidence to contradict the doubt.  And once we start moving, we gain momentum that allows us to carry on. Even if we are moving in the wrong direction, that momentum gives us what we need to turn things around and go another way.

So I started doing writing warm ups in the morning before I begin doing anything, whether it is writing or anything else.   And I challenge you to do the same.  Think of it as a bit of stretching and some light calisthenics for the mind and the spirit.  Allow yourself a few minutes (even if it is just five) of not judging yourself – write whatever the hell you want.  You might be surprised at what comes out – and what letting it rip allows you to do that you may not have ever realized you had in you.

“As you start to walk out on the way, the way appears.”