Five Tips for Finding Your Way Through Uncertainty 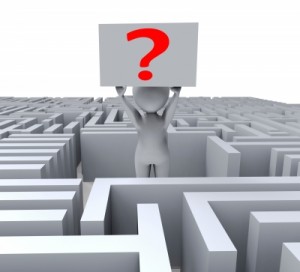 Have you ever found yourself lost in unfamiliar territory, all your best laid plans gone awry, without a clue what to do next?  Maybe it’s a project that leads you to feel like you’re in over your head, or a new job or other life change that you haven’t quite acclimated to.  It’s unnerving and humbling.  And yet, it seems to be a common occurrence for those who muster up the courage to venture out of their comfort zone.  I had an experience recently that gave me greater insight into how to better handle life’s inevitable curve balls that I hope will help you as much as it helped me.

Over the summer, our family had the good fortune to travel to Edinburgh, Scotland.  It was the first time any of us had ever been there, and we were enchanted by the rolling hills of the countryside, the quaint cobblestoned streets, and the charm of the various pubs, restaurants and shops that line the “Royal Mile,” which leads to the large stone walls of the stunning Edinburgh castle.

The cars there look a bit different than they do here in America.  In addition to the notable absence of sports utility vehicles, all of them have steering wheels on the right side.  And they all drive on the left side of the road, instead of the right.  My husband, whose 6 foot 5 frame barely fit in the Fiat we rented, was courageous enough to brave the narrow streets, some of which barely accommodate two cars traveling in different directions.  Additionally, he was patient enough to withstand the nervous mutterings of his anxious wife who sat in what would normally be the driver’s seat with her foot pressed into the floor and her hands gripping the dashboard.  To say I have a whole new respect for him would be an understatement.

He and my oldest son made arrangements to golf at St. Andrews while I and our other two kids slept in and had a leisurely breakfast.   And then there was a decision to be made.  In the few hours before my husband and son would be back, we could lounge around the hotel or strike out and do some sightseeing.  While the lazy (and wimpy) part of me wanted to lay in bed and read a book, the more adventurous and curious side was egged on by the pleas of my other two children who quickly bored of the prospect of sitting around in a quiet room.  And I figured if my husband can brave driving on the Edinburgh streets, the least I could do is venture out of the hotel.

So after getting some very brief and imprecise directions from the hotel concierge, we walked to the edge of the parking lot and waited there for a bus to take us into town.  Getting home, it was said, would be as easy as waiting at the stop across the street from the one we would get off at, for another bus which arrive every fifteen minutes.

We had a great time, wandering through shops, taking in the sights, eating handmade candies and nuts from the street vendors and shopping for trinkets, until we realized it was time to head back.  And that was when we discovered that finding the bus that would return us to our hotel was not nearly as easy as we thought it would be.   Contrary to what the hotel concierge said, the bus we needed was not across the street from where we were dropped off.

We learned there was more than one bus line, each with its own collection of stops, and each with a distinctly numbered route that led to a different part of town.  Unfortunately, though the local town folk were very kind and eager to help, we didn’t know enough to even ask the right questions and ended up parting ways with people who became almost as frustrated as we were with our lack of information.

And though our situation could have been easily remedied by simply hailing a cab, my stubborn determination to make it work the way I envisioned it should led us to spend the next hour and a half piecing together clues and running around chasing buses to find the blasted bus stop.

The good news is that we eventually did find it.  And after waiting for what felt like a really long time, we were delighted when the bus with the number we needed began to approach… and flabbergasted when it continued to drive on without even slowing down.

What?!  How could…?  We sat looking at each other in disbelief, our jaws dropping.  The local who was sitting beside us at the bus stop was amused.  “Did yeh want the bus to stop for yeh?” he asked, with a Scottish clip.

I stuffed down my irritation and mustered a smile.  Wasn’t it obvious?  “Uh, yeah.”

“Aye.  Yeh need to flag it down.”  Now there was a piece of information that would have been good to know before we left the hotel.

Fifteen minutes later we jumped up and down waving our arms to ensure that driver of the next bus saw us.  And once we boarded it, we mused over what a debacle our little trip became.

Here are the insights I gained from that little experience that I believe can easily be translated into many of the unnerving situations we often find ourselves in – and that I am actually in the process of applying in my own life as well.

I’ve written extensively about the art of navigating through uncertainty, learning to listen to and trust your intuition to guide your way, and getting out of your comfort zone to live the life of your dreams in The Pinocchio Principle: Becoming a Real Leader.  You can get your copy today – in paperback or as an ebook at Amazon.com.  And please spread the word to anyone else who would benefit!