Don’t Sell Yourself Out The story of the Chinese bamboo tree that I wrote about in my last post is one of patience, perseverance and faith.  I was moved when I heard it and eager to share with others who would also appreciate and enjoy it.  Upon sharing the story with one of my dear friends, she relayed an equally inspiring tale to me.  And two weeks later, out of the blue another of my close friends said there was a story she just had to tell me.  To my amazement, it was the very same one my first friend shared.

I believe it is no accident when you encounter something numerous times – especially when it has meaning for you.  And that is why I want to pass along to you the story I was told.

In the far east, there lived a boy named Ling who loved to garden.  His “green thumb” led him to surround himself with plants that he lovingly tended to and enjoyed.  One day, he heard that the emperor, who had no sons of his own, was seeking a successor and had asked for all the boys of the village to gather in his courtyard.  Ling’s mother encouraged him to attend.

The emperor addressed the young boys, giving each of them a seed.  He instructed them all to plant the seeds and return to his palace in a year with what they had grown from this seed.  He explained he would judge their results and proceed to pick the next emperor.

Ling took his seed home and potted it.  He proceeded to nurture and care for it with as much love as he did all his other plants, tending to it daily.  After about three weeks, the other boys began talking about their seeds and the sprouts that had begun to grow.  Ling’s pot remained empty.  He gave it extra care and nutrients and spent even more time with it.  After a few more weeks, he moved it to a sunnier area, and then a few weeks after that back out of the direct sun.  Still nothing.

Months went by with still no growth and the other boys began to mock Ling and laugh at him.  Some felt sorry for him.  Ling was frustrated and confused.  He knew how to care for plants.  He had done everything he could.  And still, nothing had happened with his seed.  Soon the year was up and it was time for the boys to reconvene to the palace courtyard.

As Ling approached the courtyard, he couldn’t believe the greenery he saw around him.  Boys on all sides of him carried in lush, vibrant plants – some of them flowering, others with long beautiful vines.  Hiding in the shadows at the back of the gathering, he clutched his empty pot and felt shame wash over him.

Soon the emperor appeared.  He surveyed the boys and their pots, smiling and admiring the prolific green leaves.  When his eyes caught sight of Ling and his empty pot, the emperor ordered his guards to bring the boy to the front of the gathering.  The others began to point at him and laugh.  Ling was terrified.

The emperor silenced the room and asked the young boy his name.  Ling replied, feeling his face flush with warmth.  He felt like a failure and feared that the emperor might have him executed.  But to his great surprise, the emperor took hold of his hand and raising it up announced, “Behold your new emperor.  His name is Ling.”  He went on to explain that all the seeds he had given the boys had been boiled and as such were incapable of producing any of the trees, plants and flowers that the other boys brought with them.

When I first heard this story, I thought it was simply about honesty.  Ling was rewarded because he was the only one who had the courage to be honest.  This is a great message in and of itself, but after hearing the story a second time and reflecting on it later, I began to realize that there is much more to this story than the importance of honesty. 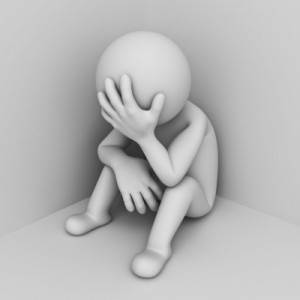 This story speaks to the fear within all of us that what we have is not enough – that who we are is not enough.  We are conditioned to believe we have to look as good as or better than the next guy.  Many of us spend a good part of our lives comparing ourselves to everyone else and doing whatever we can to stay in the proverbial game.  We are constantly tempted to sell ourselves out and just go do or buy or imitate whatever the people around us do or buy or are like.  We are led to believe – and often unwittingly propagate the illusion that not doing so is failure and defeat.

It might be the latest gizmo or style of clothing, or the fanciest car.  Or it could be a way of doing business – marketing in a manner to generate a feeling of scarcity or urgency, emphasizing profits and growing market share over people and service.  It could be a way of behaving within an organization – stomping on others to get ahead, or sucking up to people in power in an effort to rise through the ranks.  All with the justification that everyone else seems to be doing it and that playing along is how you survive.

The lengths we go to in an effort to “measure up” and “get ahead” have us creating a lot of flash, but at the cost of substance, sustenance and even sanity.  It never seems to be enough, and has us continuing to look over our shoulders and outside of ourselves to continue to keep up appearances.  These efforts are almost always short lived.  They require tremendous amounts of energy that leave us feeling exhausted and depleted.

Those who are wise can see right through these facades.  There is a growing population that is increasingly ready and willing to say NO to this crazy way of living.  Some of them are customers who will no longer tolerate empty promises and hype with no follow through, or service that leaves them feeling like an afterthought.  Some of them are talent that have had enough with being treated in ways that belittle their creativity and desire for meaning and purpose in their work .

Some of them are entrepreneurs and executives who know there is a better way of doing business and are itching to create workplaces that allow people to come alive and do what they do best in a way that truly serves others. Many of these people are waiting and watching, nurturing ideas and dreams of a better way of living and leading, and gradually they are beginning to act on them.

Though Ling’s pot was empty, his heart was full. He didn’t allow the temptation to fit in and do as everyone else was to taint him.  And though he was terrified at what the consequences may have been, he exuded the courage to stand in his truth.  The qualities that allowed him to persevere through a year of waiting, wondering, questioning, and listening are the same that will make him a great leader – one that doesn’t rush to the easy solution.  One who holds dear the importance of staying grounded and being strong and acting in alignment with a higher truth.  One who inspires others to do the same.

Real leadership requires courage to say NO to relegating oneself to a life of complacency with ways of being that don’t ring true – even though it might be scary, and lead us to feel alone and judged and mocked as young Ling did.  It requires faith in ourselves – and something bigger than ourselves – which will guide us to find what we seek through the small sweet voice within that has all our answers.  And it requires vigilance and dedication to continue to listen to that voice instead of allowing it to be drowned out by the booming voice of ego echoed in the masses that have us believing who we are and what we have to offer is not enough.

Our reward is something that doesn’t come and go with the seasons , or that can ever be taken away from us.  It is the cultivation of inner strength and wisdom that will allow us to meet any challenge with grace and to create opportunities that allow ourselves and everyone around us to share in the glory of living and leading inspired lives.

Don’t sell yourself out.  You’re worth more than that.  And it’s never too late to begin living your truth.

For more on inspired living and leading, check out The Pinocchio Principle: Becoming a Real Leader now available in both ebook and paperback formats on Amazon.