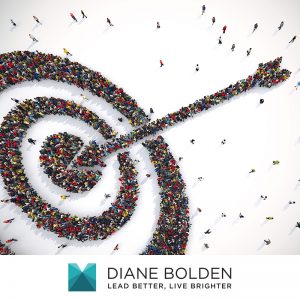 Have you ever bought a piece of exercise equipment that ultimately became a place to hang your laundry? How about fresh vegetables that rotted at the bottom of your refrigerator while you ended up consuming fast food instead? Do you have any “how to” or personal/professional development books on your shelves that you never actually finished (or read at all)?

Sadly, I can answer yes to all of these questions. I also own more cookbooks than many gourmet chefs do – most of which have unfortunately never seen the light of my kitchen. It’s a mysterious phenomenon. I buy all of these things with good intentions, and it feels good to purchase them, as though I am one step closer to achieving some kind of goal for myself. But somewhere in the execution stage, things often go awry (or never go at all).

This is not unlike what many of my clients experience when they are in the midst of trying to make a change. They know what they want, and in some cases have read articles and books or attended classes to learn step by step processes – and even made some progress. But for whatever reason they often find themselves falling back into old patterns that keep them from achieving the success they seek.

Perhaps it is a leader in the midst of trying to be more strategic that gets sucked into doing operational tasks that should really be delegated to others. Or someone working on channeling his passion and energy into influencing people by inspiring them gets frustrated and ends up relying on his authority (or his temper) to get what he wants.

Whatever the change that people seek, they are bound to experience resistance and frustration in the midst of transitioning from an old pattern into a more productive, constructive and effective one.

The good news, I always tell people, is that if you are frustrated that you have been unable to make progress, you have actually made more progress than you realize.

At the very least, you have recognized that your current behavior is simply not working for you anymore, and are immersed in feeling the negative impact that behavior is having on your effectiveness. Without experiencing the pain of a behavior we want to change, there is very little likelihood that we will be motivated to do what it takes to get where we want to go.

And the first step to making any kind of change is to become aware of the patterns and habits we are currently falling into, so that we can interrupt the knee jerk reaction that compels us to keep engaging in them.

You see, the part of self improvement that most people are accustomed to is that which entails learning a new skill. As Abraham Maslow pointed out many years ago, we start out in a phase of unconscious incompetence, where we don’t even know what we don’t know.

In this phase, we may believe the change we want to make should be easier than not. My preteen kids, for instance, believe they can drive cars because they do it all the time in their video games.

The second learning stage we reach is conscious incompetence, where we realize how very little we actually do know – which is what will happen the first time my children actually get behind the wheel of a real car (just like it did for me so many years ago).

This is a painful and often humiliating phase that makes reverting back to the habits and patterns we do know – but are trying to move away from – all the more enticing.

The third learning stage is conscious competence, where we begin to achieve success in learning and executing a new skill – but we have to work at it, sometimes peeking at our notes to remember what to do next and/or how to do it correctly.

I remember that when I learned how to drive a stick shift, I initially had to tape a diagram onto the dashboard that reminded me where each gear was, and make each shift with deliberate and focused intention.

The fourth stage is unconscious competence, where we know something so well, we no longer need to think about it much – which is where most people are when they attempt to text, talk on the phone, eat and do all kinds of other crazy things while they are driving.

We get to the place where the thing we are doing comes so naturally , we may even feel as though we could do it in our sleep.

While this four stage learning process is often acknowledged as being vital to learning new things, we often overlook the fact that making a change also requires us to unlearn old things.

In other words, the behavior most people are trying to change is so engrained that they are at the stage of unconscious competence with it: it kicks in without them even realizing it – because to a large degree it is on automatic pilot.

Until we learn to dismantle the old behaviors, the impulses and conditioned actions will always threaten to override our deliberate efforts at implementing something new – especially if it flies in the face of what we did before.

Q. So how do you dismantle old behavior?

A. You have to start at the phase the old behavior is at (unconscious competence) and move backwards.

This is exactly the phase people are at when they feel consumed with frustration at not being able to make the change they seek. They have begun to realize just how strong their impulse to do what they’ve always done is and how often it kicks in.

Combine this with the frustration people experience at the stage of conscious incompetence while becoming proficient with a new behavior – where they are painfully aware of just how much they don’t know – and it’s no wonder people have such difficulty making lasting change.

The bottom line is that change is hard. And it takes time. We need to give ourselves credit for showing up and keep on plugging away. Thomas Edison once said, “Many of life’s failures are people who did not realize how close they were to success when they gave up.”

I like to tell a story in my workshops that illustrates the process of making a change. You may have heard it before:

A guy walks down a street and falls into a hole. He is not happy about it and feels like a victim.

The next day, he walks down the same street and falls into the hole again. He is frustrated with himself, because he knew better.

On the third day, he walks down that street, begins to fall into the hole again, catches himself, and manages to avoid it.

On the fourth day, he walks down the street, sees the hole and consciously steps around it.

On the fifth day, he walks down another street.

Will Rogers once said, “If you find yourself in a hole, stop digging.” I would echo his advice and add – become aware of the fact that YOU are holding the shovel. Use it to get yourself out of the hole. And before too long, you will learn to take another street.

The above article contains excerpts from my book, The Pinocchio Principle: Becoming the Leader You Were Born to Be, available on Amazon.com and BarnesandNoble.com.