How to Change a Habit That is Hurting You, Part 3

(1)    Make a decision, a declaration and a commitment to yourself.

(2)    Surround yourself with reminders of what you are moving toward.

Maybe you are making some progress.  Or perhaps you have fallen back into the old behavior.  If so, don’t worry about it – it is virtually inevitable and actually a vital part of the process of moving beyond an old habit.  Step three allows you to use what you would otherwise see as a step backwards to further enhance your forward progress. 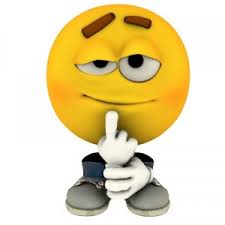 STEP THREE: Notice how often you engage in the behavior you want to change and what the impact is when you do.

This is a rather painful thing to do, because it tends to lead people to beat themselves up.  You already know what the habit is you want to change.  You already know how it is hurting you.  And yet chances are that you are still doing it more often than you’d like – almost as though you cannot help yourself.    You might just feel trapped and powerless.  You aren’t.

You are simply observing the effect of being on autopilot.  As I said in Are Your Habits Hurting You?, your habits become defaults that allow to you do things without a whole lot of thought or effort.  And this is a good thing when it is a behavior that is serving you, like driving your car to work in the morning without having to pay all that much attention to all the steps involved in executing the task.  But when those engrained habits lead you to knee jerk reactions that have you regretting your actions later, you have to slow things down so that you are more conscious of what it is you are doing and where it is getting you.

The good news is that initially, you don’t have to be totally aware of those knee jerk reactions in the moment.  You can replay the events in your mind later and recognize the moments that you were in the grip of an automatic response. You can notice what your triggers were and begin to become more aware of what sets those behaviors off.  And you can begin to envision strategies for interrupting those patterns, like taking a breath, stepping away for a moment, and getting realigned with your true intention and desire.

It is also important to become aware of the impact of those behaviors. So in addition to reviewing the sequence of events in your head that led you to engage in a problematic habit, pay attention to how you felt afterward.  Recognize how it might have impacted the rest of your day, or week.  Become aware of how your action may have affected the people you care about, and also how it made you feel about yourself.  Move into the pain associated with the behavior you seek to rise above.  Because the more pain you associate with it, the stronger your commitment will be to rise above it.

The more often you take a moment to mentally review your actions – maybe at the end of the day when you are driving home from work, the faster you will begin to catch yourself engaging in old behaviors that aren’t serving you.  You will find that over time, you’ll go from realizing it hours or days later to recognizing it moments after it happened, to catching yourself in the act, and eventually to keeping yourself from doing it at all.

Click here for step four of How to Change a Habit That is Hurting You.

Image courtesy of farconville at FreeDigitalPhotos.net