How to Change a Habit That is Hurting You, Part 4

(1)    Make a decision, a declaration and a commitment to yourself.

(2)    Surround yourself with reminders of what you are moving toward.

(3)    Notice how often you engage in the behavior you want to change and what the impact is when you do.

The next step will help you identify the root of the habit you want to change so that you can work with the real source of the issue instead of simply addressing symptoms that will eventually return. 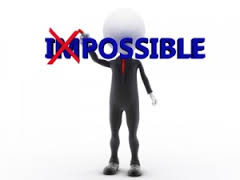 Sometimes even though you recognize a behavior that isn’t serving you and you also realize how very much it is hurting you, you still feel compelled to engage in it.  Usually this is because your behavior is linked to a limiting assumption or belief.  Just as we can engage in behaviors that do not serve us, we can also engage in ways of thinking that are equally hurtful.  Action follows thought and assumptions are thoughts that are like the strings on puppets, controlling their every move.  When these assumptions are unexamined, they propel us to engage in actions without thinking.

When you examine the assumptions that are linked to a behavior you are trying to change, you may find that though the assumptions are very compelling, they are not very logical and in some cases may be downright erroneous. An assumption underneath an explosion of anger might be something like, “If I don’t get the upper hand here, I’m going to get run over.”  An assumption that keeps people from taking bold action could be something like “I don’t have what it takes to do what I really want to do,” or “If I try and fail I’ll be worse off than I am now.”

What most of us don’t realize is that assumptions like these tend to get us into more trouble than they prevent.  They also have us acting in ways that reinforce the assumption.  In the first case, acting out of a desire to keep from being run over often leads people to run over others and be blinded to constructive alternatives that don’t have them going to extremes.   As a result, others respond in ways that are equally aggressive, thus confirming the belief that they have to look out for themselves above all else.

In the second case, if you assume that you aren’t capable of doing what you really want to do, you’ll act with hesitation (if at all), and your wavering will keep you from doing the work you are truly capable of or cause you to make things much harder than they need to be.  You may look to your lack of results as confirmation that your assumption was correct, but the real problem is the impact the assumption itself had on your ability to act with confidence.

Identifying these assumptions can be tricky because they often are so engrained that we don’t even realize they are operating. But if you stop to reflect on what it is you are believing about the situation, yourself or others you can begin to become aware of them.  Here are some questions that can help shed light on the thinking that could be sabotaging your best efforts:

– What am I believing right now about the situation, myself, or others?

– Is it really true?  Can I be absolutely, positively sure that it is true?

– When I believe that thought, how do I tend to act?  How do I feel?  Is it working for me?

– Who would I be and what could I do without that thought?

– What can I believe that is more true than what I used to believe and will also help me do what I really want to do?

Click here for step five of How to Change a Habit That is Hurting You.