A Salute to Conscious Leaders 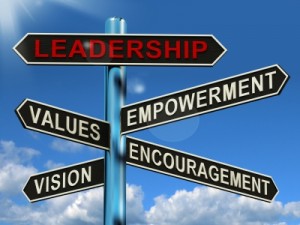 I’m working with a few leaders in both large and small organizations – who are passionate about creating inspired workplaces.

…that the version of yourself you bring to work is different than who you are at home
…that work is a place where you do what your boss says and don’t ask a lot of questions
…that you have to suck it up when what you are tasked to do doesn’t really jive with who you are
…that you have to keep your head down and just make it through the day, the week, the month, the year and collect your paycheck regularly enough to feed your family and make ends meet.

And a couple of them are in organizations that have some pretty traditional structures and old paradigms.  Not intentionally designed to limit people, but born of cultures that despite the latest management trends and empowerment classes on possibility thinking and shared vision still reward command and control,  lead to power plays and foster the idea that if you don’t watch your back you could get stabbed.

One of my clients was discouraged by his boss from getting too close to his subordinates because it could cause him to lose his “edge” with them.  He was told he may not be viewed as a leader if his people know too much about him and see him as a real person with fears and dreams and idiosyncrasies and humor.

So he’s trying something new.  He’s sharing more of himself.  More of his vision.  More of his hopes and concerns and experiences for better or worse.  He is encouraging dialogue.  He’s asking what people think and sticking around long enough to hear (and really listen to) what they have to say.  He is helping them find ways to breathe life into their greatest ideas and visions.  And he is learning to get out of the way and trade the illusion of control for embracing possibilities that lead people (including himself) to enter into and navigate through uncertainty.

Another of my clients is getting ready to engage his leadership team in ways that they aren’t used to.  He wants to roll out a whole new paradigm of doing things.  And he is quite aware that words like “increasing shareholder value,” “fostering excellence” and “exceeding customer expectations” – while good concepts, tend to make people’s eyes glaze over and dismiss what is being said as the latest corporate speak, rah rah, Dilbert like rant.

He realizes that he needs to get very clear about what he sees as possible for his organization and all the people in it.  He needs to be able to distinguish what they are moving away from and moving toward and find out what they think is important and what it will take in order to get them there.  He wants to encourage dissention and constructive disagreement.

He knows that if they don’t voice their concerns and questions and hesitations to him, they will do it with each other in a way that could invoke fear and resistance and squash the seeds of possibility as they begin to germinate and grow.   He knows that a silent room doesn’t mean everyone agrees.  He has the courage to delve underneath the surface to find out what’s really going on – even, and perhaps especially if it means they don’t agree with anything he is saying.

My client feels things are falling through the cracks and important details are getting overlooked.  He has run around fixing things as they break, preventing undesirable consequences and instituting practices that keep the organization profitable, efficient and effective.  But his partners haven’t embraced them – in fact, in some cases they even harbor resentment.

He wants to create an inspired workplace.  And he knows he cannot do it singlehandedly.  But he realizes his partners aren’t inspired – and that no amount of talking at them will get them there.  So he is slowing down and beginning to have authentic conversations with each of them.   He wants to connect with them as people, to see what they believe in, what they are passionate about, what they want to create together, and what they think needs to be done in order to make it fly.

He is opening himself up to their criticism, their doubts, their worries and also hoping to hear about their dreams.  He doesn’t know if it is going to work.  He isn’t sure how to begin these conversations, or whether people will really engage with him.  But he is willing to do it anyway.

And this is the essence of true leadership.  Some call it conscious leadership.  It is the ability to authentically engage with people in the workplace in a way that promotes shared value, meaning and purpose and leads them to work together in service to something greater than themselves.  It requires courage, patience, faith, trust, intuition, and self awareness.

Are you a conscious leader?  Would you like to be?

I am dedicated to helping people lead consciously and partner with others in their organizations to do things they never realized were possible.  I am passionate about working with people to bring their whole selves to what they do and to transcend the idea that work is a place where you pass the time until you get to go home and “really” live.  My clients inspire me and I’m and honored to partner with them in their efforts.  I now have a few openings.  If you are interested in working one on one with me, visit https://dianebolden.com/coaching.html to learn more.  When you are ready to move forward, contact me to schedule a complimentary coaching call.

My book, The PInocchio Principle: Becoming a Real Leader will soon be launched in ebook format on Amazon!  Stay tuned for more details, or check out the paperback version.