What Happened to Me When the Bottom Fell Out 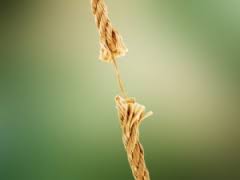 A little over a year ago, the bottom dropped out of my business.  Many of my biggest contracts came to an end, and it seemed nothing I tried was getting anywhere.  The programs I designed weren’t filling, or would run into major snags just as they were about to get off the ground.  I had no desire to go out and drum up more business – couldn’t figure out what I wanted to do at all.  It seemed none of the things that used to fill me up were working anymore. None of my old strategies had any teeth or traction.  I was lost and discouraged.

The book I had published earlier in the year wasn’t selling the way I wanted it to, which made sense given that I had done very little if any promotion.  It just didn’t feel right.  Nothing really felt right.   I spent months worrying about what was happening to me, trying to find a foothold, and making myself crazy with a huge list of “shoulds” that I couldn’t get myself to do.  I beat myself up pretty bad.  And then I decided the heck with it.  I would accept whatever it was that was happening and just go with it.

One thing I began to enjoy was working with video.  After helping my long time coach and friend Vickie Champion with a video for one of her blogs, she turned the camera on me and pushed the record button before I even knew what I was going to say.  And it was fun – even though it wasn’t quite comfortable with (or very good at) it yet.  We filmed a lot of little video vignettes for my blog and then one day decided to work on something a little more substantive.  We had no idea what was about to unfold.

It started out as a video complement to my book, The Pinocchio Principle: Becoming the Leader You Were Born to Be.  But it evolved into something neither one of us saw coming.  I was tapping creative reserves I didn’t even know I had.  And I was venturing out of my comfort zone – way out.  I threw mainstream to the wind and got a little goofy. 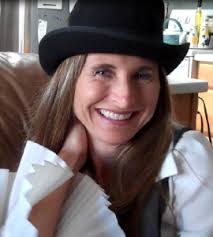 Pinocchio became Pistachio, and I went into character as Jiminea Cricketesia, Voice of Intuition. I dawned a black felt hat, clown vest and a crazy white shirt with ridiculously flared sleeves.  The story we were telling was my own.  And it is the story of so many people I have worked with and continue to work with over the years who have hit a wall trying to play a game that cannot be won – chasing after versions of so called “success” that left them feeling empty and wanting more out of life.  It is a story of the journey that ends the futile search and shines the way to true happiness and lasting fulfillment.

Today, I am thrilled to have the chance to share this series, On the Road to Real: The Adventures of Pistachio with you.  For years I have wanted to provide something that would allow people to get in touch with their own intuition and find their answers in an affordable, impactful way that doesn’t require a huge time commitment.  And that is exactly what this series is – in fact, we are so passionate about helping as many people as possible that we’ve decided to allow people to set their own price for it.

So, if anything I wrote about resonated with you – if you feel like you are running in circles, disenchanted with your work or personal life, or on the verge of a profound transformation that has left you wondering what’s next, I invite you to check this video series out at OnTheRoadtoReal.com/Adventures-of-Pistachio/.  Let me know what you think.  And if you know of anyone who might benefit, spread the word.

“Do not go where the path may lead;

go instead where there is no path and leave a trail.”