How to Soften the Pain of Growth 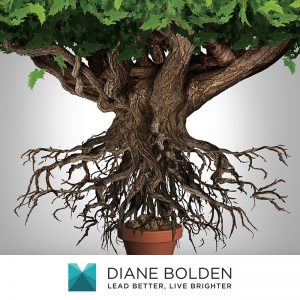 One morning when my daughter was about six years old, she spotted some clothes she had outgrown sitting on a high shelf in her closet.  On the top of the pile were a pair of sparkly tennis shoes she used to treasure.  Seeing them up there reignited her adoration and she insisted on wearing them to school.  Knowing they were at least a size and a half too small, I told her she could wear them around the house for awhile instead.

She did, along with a soft purple sweater whose long sleeves were now almost to her elbows.  Watching her cram her little feet into those even littler shoes reminded me of the stepsisters from the story of Cinderella.  A strong-minded and somewhat stubborn child, she shoved and yanked until she finally got both heels into the shoes along with her poor little toes, which were likely crammed into a small ball.  When she stood up, the sweater exposed her belly button.  “Look Mom,” she proudly proclaimed, “They still fit!”

I smiled and went on with my morning routine while she pranced through the house, stopping periodically to play with something she found interesting.  After about ten minutes, I walked into the kitchen to see my daughter disgustedly fling the shoes in opposite directions across the room.  “Mom, those shoes hurt me!” she complained.  “And I don’t like this sweater anymore either.”

“Sweetheart, that’s because you’ve grown since you last wore them.  You’re a bigger girl now.”  I explained.  “Do you grow out of your clothes too?” she asked.  I thought about my jeans which had become a little more snug, but decided not to go there.  “Well, once you get to be as old as Mommy, you’re body doesn’t really grow much,” I answered.

Hours after I brought her to school I reflected on that conversation and the experience my young daughter had shared with me.  I realized that though my body isn’t growing anymore (with the occasionally unfortunate exception of my waist and hips), the rest of me still is.  I think we all are in some way.

The more we cling to what we have outgrown, the more painful the experience becomes until, as my daughter learned, the discomfort of wearing the old stuff becomes greater than that of letting it go.  I must admit there have been times in my life where I’ve inflicted quite a bit of pain on myself out of fear of letting go and moving onto something new and roomier.  And I have clients, family members and friends who have done the same thing.

Sometimes when change comes we resist it because we fear that it will be too hard to adapt, or that it will land us in the middle of something we are unequipped to handle.  Paradoxically, my experience has been that the resistance itself can create far more pain than the new experience.

Having children is a great example.  With each child, my life changed dramatically.  My daughter was our third – causing my husband and me to be outnumbered and effectively propelling our household into a chaos that we have learned to roll with over the years.  Any creation you give birth to is bound to do the same thing.  But it will also bring you greater joy than you ever could have imagined.

To allow ourselves to experience all the magic these new opportunities and challenges bring, we need to do all that we can to avoid tightening up and blocking ourselves from the experience.  Even the act of childbirth itself becomes more painful when the muscles involved contract in different directions in response to fear.  Having had three opportunities to experience this phenomenon, I can tell you that learning to relax and allow the muscles to harmoniously work together makes all the difference in the world.  And I believe the same is true with life itself.

What is trying to happen in your life right now?  And what can you do to give yourself fully to the experience?

Posted in Impact, No Limits 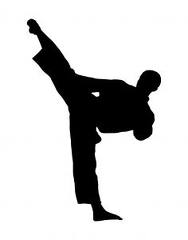 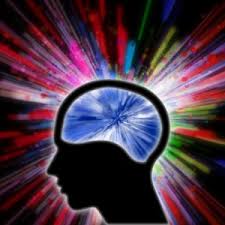