The Expecto Patronum Method of Working Through Fear 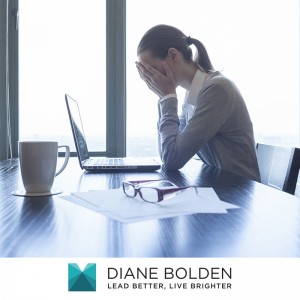 The sky grew dark and an ominous fog crept over the ground where Harry Potter was standing. He was surrounded by Dementors, ghostly figures with long bony fingers enshrouded in tattered robes. They floated around him and began to descend, attempting to suck the life force from his body.

“Expecto Patronum!” he shouted, as he raised his wand. Suddenly he was enveloped by a bright white light that the Dementors simply could not penetrate.

Though this is a scene from a science fiction movie, it is not unlike what each of us experiences when we come face to face with fear. Fear is present whenever we venture out of our comfort zones and endeavor to stretch ourselves to achieve something significant.

Like Dementors, fear threatens to suck the energy and vitality from our being and keep us from whatever we most want for ourselves. And though none of us likely has a magic wand or a spell that can keep them away, we do have the ability to render these fears powerless and proceed in spite of them.

Today we’ll cover three tools for keeping fear from getting the best of you:

Though I have been studying and reflecting on the process of working through fear for the better part of my life, my learning came to a head when I was thrown into an environment that provoked a whole spectrum of fear and anxiety. As a martial artist, after learning and practicing basic blocks, kicks and punches, the time came to take it up a notch and begin to spar.

What does sparring have to do with your life?

What I have learned over the years as I have continued to develop my skill in this area is that sparring is metaphorical for just about any challenge you could possibly be faced with that evokes fear — making a presentation (or any kind of performance), pitching a proposal, going to a job interview, or speaking your mind, just to name a few.

And no matter what the challenge is, there is something at stake — your status, your security, your reputation, your comfort, your pride. However, there is one differentiating factor: with sparring there is a pretty high likelihood that you will get punched in the nose. Literally.

While many lessons come from having positive experiences, much of what I learned about working with fear came through trial and error — a lot of error.

My first error allowed me to learn about focus

Focus is determined by what you allow to occupy your mind.

When I first started sparring, my focus was on getting it over with. I was fairly preoccupied with a feeling of inadequacy that led me to temporarily forget much of what I had learned over the previous years. Rather than trusting in what I had the ability to do, I became preoccupied by what I did not want to happen — getting hit.

And then I didn’t want to spar again for a really long time. I took myself out of the game. I allowed the fear to stop me. And my training stagnated. Until the pain of stagnation became greater than the pain of the physical blow.

When I got myself back in the game, my mind shifted from retreat to advance

I threw more punches. I closed the gaps. I began to bob and weave. I learned how to lure my opponent in so I had him right where I wanted him.

But what does that have to do with facing fear off the sparring mat?

When you move toward something, you marshal the forces of desire. You ignite passion. You make what you want more important than what you fear. And this gives you the fuel to do what you really want to do — in spite of the fear.

Fear has you consumed with worrying about the future or fixated on something from the past. It keeps you in your head and prevents you from being immersed in what is happening right in front of you.

When I would try to remember a technique or think too much about how to properly execute anything, I’d miss what was happening and get hit. I had no real concept of what was happening, what was coming at me, or what I needed to do to deflect it. I felt as though I was in a blender, at the mercy of the blades and centrifugal force.

Ironically, being in my head kept me in a state of panic that kept me from thinking clearly. In fact, I became so gripped with panic that I forgot to breathe and ended up exhausting myself almost immediately.

In non-sparring environments, being in your head costs you opportunities

When you are giving a presentation and are so intent on what you prepared that you fail to see that your audience is confused, or bored or irritated, you risk losing them. In a sales setting, being determined to stick to your pitch when you customer has questions that you didn’t plan on can keep you from making the sale.

The irony is that not deviating from what you planned because you are consumed by fear keeps you from being present and often ends up leading to that which you are most afraid of. The antidote? Let go of your preconceived ideas and hold your plans loosely so that you can be present.

When you get out of your head and become present, things slow down

When I immersed myself in what was happening in front of me while sparring, I realized that every time my opponent would throw a punch he left himself wide open. Rather than worrying about getting hit, I began to look for vulnerabilities. And I learned that I could get him to raise his hands to his face if I threw a few high punches, which would allow me to land a couple low ones while he wasn’t expecting it.

I went from jumping around like a cricket without breathing to moving more deliberately and strategically and conserving my energy. Instead of allowing my opponent to back me into a corner, I learned to pivot and use his own force against him.

In any situation, being present leads to better connections and higher performance

You will take in more information. You will breathe more deeply, get more oxygen to your brain and access higher creativity. You’ll be more likely to make whoever you are talking to feel more important, because you’ll be more focused on him and not yourself. You’ll think more quickly on your feet and come up with better solutions on the fly.

These insights led me to realize that often what is more important than preparation is practice, which brings us to the third tool: desensitization.

The more you expose yourself to what you fear, the less impact the fear has

Fear never really goes away. It is a human emotion that is wired into our DNA. While we can’t change the fact that it will be ever present, we can diminish the effect it has on our performance.

Chances are that back then you got much more worked up about it than you would today. What allows the fear to diminish, is repeatedly being in the presence of what you fear and realizing that you will be okay.

The first time I got punched in the nose, it was horrible. And thought I went to great lengths to keep it from happening again, it did. And when it did, I realized that the memory of it was far worse than the reality.

The more I sparred, the more I began to become confident in my ability to prevent it from happening. And the less my fear kept me from doing what I needed to do.

Many altercations and escalations are the product of untamed fear

The importance of learning to spar is to develop within the martial artist the confidence to handle a physical fight if necessary — in order to prevent a conflict from escalating to the point that requires any force at all.

And the implication for each of us is that becoming confident in the face of fear allows us to rise up to any challenge or opportunity with grace, wisdom and victory. In so doing, we inspire others to follow our lead.

Focus. Occupy your mind with thoughts of what you want to move toward rather than away from. Think about your strengths rather than dwelling on your weaknesses. Make what you really want more important than what you fear, and the force of passion and desire will propel you forward.

Presence. Stay out of your head and in the moment. Resist the temptation to cling to a predetermined plan and pay attention to what is happening right in front of you. Breathe deeply and notice that what is most important in each moment may be different than what you thought it would be. Stay connected to the people around you so they feel valued and attended to.

Desensitization. The more you put yourself in the presence of what you fear, the less impact the fear will have on you. As you develop the confidence to trust in your ability to rise up to any challenge, the fear becomes background noise that diminishes more and more with repeated exposure. When you can act in spite of your fear with grace and wisdom, you will emerge victorious and inspire others to do the same.

Eleanor Roosevelt urged “Do one thing every day that scares you”

What would that be for you? Chances are it is connected to something you really want for yourself. As you focus on what you’re moving toward, stay fully engaged in the game and the joy of playing it, and have the courage to repeatedly put yourself in the presence of your fear, the words of Henry Ford will ring true for you as well:

“One of the greatest discoveries a man makes, one of his great surprises, is to find he can do what he was afraid he couldn’t.”

And you won’t need a wand or a magic spell to make it happen.