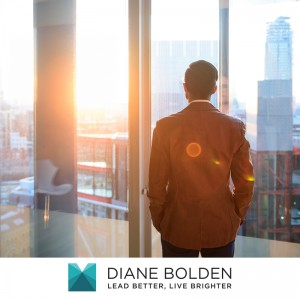 Ever have a gnawing sensation in your gut that just wouldn’t go away?

Maybe it became more pronounced the more you thought about a certain situation or person. Perhaps you were unable to trace it to anything in particular, but noticed that at certain times it seemed to grow stronger, while other times it may have faded or even gone away altogether. What do you tend to do when you experience heaviness or anxiety such as this? Do you tell yourself to suck it up and increase your intensity to weather through it? Do you become stifled and slow under its weight? Do you try to stuff it down with distractions such as food, alcohol or diversionary activities that allow you to become numb?

Now, think about the times when you have felt light, energetic and strong. Do they have anything in common? Certain people? Activities? Thoughts or associations? During times when you have felt this way, you may have wanted to continue with whatever you were doing for as long as you could – maybe even losing sense of time and space. And the longer you did, the more pleasurable the experience became.

What if these feelings and sensations actually served a purpose? And what if instead of trying to run from the unpleasant ones, you allowed them to bring you to a place of self knowledge and discovery?

The other day, I was playing a game with my kids. They had hidden something they wanted me to find. As I walked around the room, they shouted out the word “warm” as I was getting closer, and “hot” when I was in striking distance. When I was moving away from the object, they used the words “cool” and “cold”. The thought hit me that perhaps this simple navigational system is not all that different from the way our bodies communicate with us every day.

I can recall a time when I was offered a position within the company I worked for that I believed I would be crazy to turn down. Along with increased responsibility and pay came prestige and the opportunity to build relationships with people who I believed had the power to substantially elevate my career. However, the nature of the work I would do was quite a change. I tried to convince myself that it would be for the best -allowing me to grow and learn. And as the books and periodicals began to arrive that contained the knowledge I needed to become proficient in this new role, I felt my stomach turn. I wondered if it was my imagination that even a glance at these book covers almost produced a gag reflex.

I convinced myself that these were just the jittery feelings everyone experiences at the prospect of taking on something new that requires a journey out of the comfort zone. Each day, I hung in there going through the motions of transitioning into this new position. As I introduced myself to my new customers to let them know of the services I would be providing, I felt a slight sense of incongruence – almost as though I were wearing someone else’s clothes while ignoring the fact that they simply didn’t fit. As I heard the words coming out of my mouth pledging my commitment, I dismissed a feeling of dissonance that came back to haunt me in my quiet hours.

I was miserable. Over the next few weeks, I had trouble sleeping and felt irritable, impatient, and increasingly superficial as the emotion behind my smile was hardly genuine enough to keep the corners of my mouth turned up. Something had to give.

“Cold…. colder… icy cold.” If my kids were there, they would have nailed it. It took me longer than I would have liked to recognize what was right in front of me. I had sold myself a bill of goods whose cost was far too great. And I had numbed myself to that pain with a story that twisted the truth and had me believing that the only losing proposition was not to buy it.

I secretly dreamed of being free of it all, doing the work I loved again, and having the freedom to take that work to the next level. My fear of taking a leap into the unknown had been eclipsed by the pain of paralysis and self deception. Nothing could have been worse than what I was experiencing at the time. And as I allowed myself to believe in a new story – one that told me that if I invested even a portion of the energy I was demanding of myself into following my heart’s desire, I would be back on a path that would allow me to restore my sanity and experience congruence with my true purpose once again. The more I entertained these thoughts and ideas, the lighter and more energized I became.

Sure, I dreaded the conversation that came next with someone who would be stunned that I would want to leave a position others coveted. It could have been career suicide – at least that’s what the weaker part of me would have had me believe. But career suicide was better than a slow death of a thousand cuts, so I decided the discomfort of this conversation couldn’t possibly compare to the misery I had allowed myself to endure. I set my intention on allowing everything to work out for the greatest good – in a way that would let the company and myself win. And as I sat in that chair looking into eyes that stared curiously back at me, I found the words I needed to reclaim my freedom and allow the organization to benefit as well. We were able to identify an alternative that allowed me to apply my true talents within the company and give someone whose strengths and interests were more aligned for the position I moved out of the opportunity to come into it and flourish.

Exercising the courage to take that leap was one of many steps I have taken since that moment that has led me to where I am now – in a business that I love, working with clients I am blessed to be associated with, in a continual process of exploration of the wonders of leadership and life. It seemed to set a series of events in motion that continued to challenge my fortitude, faith and commitment to putting into practice that which I believe. A new client of mine asked the other day – “Do you love every single day? It is really all wonderful?” “Of course not!” I replied. I have my ups and downs just like everyone else. But I have learned to stay in touch with my own personal navigation system and when I notice I am down for longer than what seems reasonable, I practice inquiry to find out what the emotions and physical cues have to tell me.

I have seen many others follow their own internal guidance to make changes that better aligned their talent and passions to organizational opportunities that they may not have previously known existed, or to those they created themselves. When we stop feeding ourselves lines about what we should be doing and instead do what we know in our hearts to be our true work, we reach a level of freedom, satisfaction and performance we didn’t realize we were capable of. The blinders that kept us from recognizing what was right in front of us fall away, and we can step into new, exhilarating worlds of unending possibilities. In the process, we show others how to rise too.

I think we are all in some stage of finding ourselves. We discover the path and lose it again, sometimes to learn just as much about ourselves through the diversions as the recoveries. The navigational tools we have at our disposal are often instruments we didn’t know we had. There are no instructional manuals, no diagrams, no customer care centers to call and get all the answers from. We learn how to use these tools through simple trial and error. How familiar are you with yours? What are they telling you now? Are you listening?