How to Up Level Your Game by Upgrading Your Internal Programming 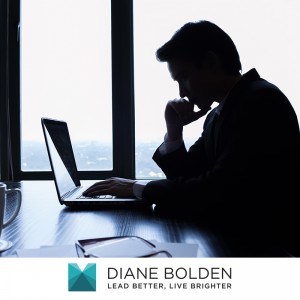 You notice that it has been freezing up a lot. Sometimes when you execute a command, things happen that you didn’t intend. At first, it didn’t really bother you. You just made do and went on. But now these little glitches are happening so often that you’re having trouble getting things done.

When you look into the problem, you find you are not the only one that has been experiencing it. Much to your relief, a new version of the program is being rolled out that has fixed all the bugs. And happily, this updated program is now available for you to download.

The same thing happens to each of us
We are cruising along doing what we’ve always done only to find it just isn’t working so well anymore. We aren’t getting the results we wanted. Or worse, what worked before is actually causing new problems. And despite our best efforts, these problems are throwing a big monkey wrench in things.

Take John as an example
John is a senior executive that wanted to increase his ability to influence others. His style was bold and direct and he was accustomed to using his authority to get compliance. He had high expectations that most people who reported to him jumped through hoops to meet. John was known for his ability to get things done.

But as John interfaced more and more with people he had no authority over, including his peers or their direct reports, this approach often backfired. When they didn’t behave the way he wanted, his demands that they comply often made things worse. They became defensive and unresponsive. And he began to realize his approach wasn’t working as well as he thought with his direct reports either.

Suddenly, John was no longer getting results. Worse, he was beginning to get a reputation for being difficult to work with. In his efforts to find a better way to influence people, John began to learn what he needed to do differently.

And though he did his best to change his behavior accordingly, when things got tense he reverted to old patterns of behavior that were deeply ingrained.

John’s old program was interfering with his new one
And this interference was causing major glitches. But those glitches didn’t keep him from achieving his desired results. He just had to find the bug that was creating the havoc and take steps to eliminate it.

So how do you find a bug in your program?
Like John, you start by recognizing that you aren’t getting the results you want. instead of doubling down on your efforts or beating yourself up for not succeeding, you get curious.  Then you work backward. Finding the bug in your program requires that you detach from your actions in such a way that you can observe and evaluate them.

One way to do this is to replay events in your mind to identify any causal factors
You can do this in the car on the way home from work as you mentally review the day’s events and evaluate what went well and what didn’t. You can journal about it. Or you can talk with someone who is an objective third party, like a friend, family member, mentor or coach.

The bug in your program is almost always a knee jerk reaction
When John replayed the events of many of his interactions with others, he recognized that what he really wanted (and needed) to do when someone disagreed with him was to respond thoughtfully, with curiosity and patience.

But he also realized that before his mental faculty was engaged, he had already launched into action with a much more abrupt and abrasive response. And before he knew it, despite his best intentions he had said something he would later regret.

He was reacting instead of responding.

Knee jerk reactions are the product of conditioning
Conditioning is what happens when a behavior becomes so automatic that you no longer need to think about it. And conditioning is good when it leads you to behave in a way that is constructive — like when you practice a new skill over and over again until you can do it without having to remind yourself of each step.

But conditioning that leads you to spring into action when what you really need to do is give a little more consideration to your response can get you into trouble.

There is a neurobiological component to conditioning
Every time you practice something or respond to a stimulus in a certain way, you are creating neural networks in your brain. Neurons that fire together wire together. And the more they fire, the stronger and more automatic their connections (and your behaviors) get. Conversely, when a neural network is interrupted or not used for a certain period of time, these connections begin to weaken.

Once you have identified the bug, you can begin to eliminate it
Simply being aware of a knee jerk reaction will begin to loosen its grip on you. When John realized he had a tendency to override his true intention by launching into an old undesirable pattern before realized what was happening, he also became increasingly aware of the negative consequences that behavior created.

This is not to say that John was able to instantaneously eradicate his bug and immediately improve his results. On the contrary, John grew increasingly frustrated because now he was not only engaging in problematic behavior — he was doing it even though he knew better. But this awareness is half the battle.

Initially he didn’t catch his errors until after the fact, but with increased awareness and attention John noticed them sooner and sooner. The time it took him to catch his blunders went from hours to minutes and with continued diligence he was able to take steps to correct them in real time. Ultimately, he got to the point where he could prevent himself from engaging in this automatic reaction altogether.

As the bug is eliminated, the program can be upgraded
Upgrading the program is a matter of replacing an old behavior with a new one. Unlike software upgrades, this one doesn’t isn’t a matter of a simple download. It requires attention, thought and persistence.

As mentioned previously, neural networks that correspond to old, undesirable patterns of behavior weaken when they are not engaged. And as they weaken, repeated practice allows new neural nets to be formed that support a more desirable behavior.

But doesn’t creating new neural networks require a huge amount of practice?
The interesting thing about the formation of these neural networks is that they do not have to happen in real time. Research has shown that mentally rehearsing a new pattern of behavior leads to the same growth in neural networks that physical practice does.

As John drove home from work mentally reviewing the way he handled himself in a meeting, he reflected on what he would have liked to do differently. And then he replayed the scene in his mind with a new, more desirable ending. He continued to do this daily. As he did, he literally rewired his brain.

Doing so allowed him to create and increasingly rely on new neural networks when he was in situations that necessitated a different response. Gradually he was able to replace his tendency to demand compliance with a more thoughtful, respectful and engaging approach to influencing others.

And over time John once again became known not only for getting results, but for creating sustainable solutions and strong relationships.

Let’s review the process of upgrading your internal programming

• Step One: Find your bug. The first step is to recognize when you have a tendency to engage in behavior that keeps you from getting the results you desire. Most likely this will be a knee jerk reaction that propels you into action before you have a chance to think.

• Step Two: Disempower your bug. Becoming aware of behavior you fall into and the impact it has on your effectiveness ultimately weakens its hold on you because while it still may be automatic, it is no longer unconscious. Though falling into old patterns when you know better is frustrating, this awareness is a sign of tremendous progress.

• Step Three: Substitute a new program for the old one. As your old habits and the corresponding neural nets that lead you to engage in them begin to weaken, you can replace them with new behaviors. The more you practice these new behaviors (whether physically or mentally), the stronger the new neural networks and your new patterns will become. And the less you engage the old behaviors, the weaker and less prominent the old neural networks (and the corresponding behaviors) get.

If you find yourself engaging in behavior that is interfering with your effectiveness, the most important thing to remember is that you are not the program that is running it. You are the programmer. You have the ability to consciously choose the behaviors and the responses you have to any given stimulus.

Though interrupting and upgrading your internal programming takes time, the results will be well worth your effort. And the best part is that you don’t have to lodge a complaint with or rely on anyone but yourself in order to do it.

Now if only we could keep those darn devices from freezing up!

This is a little peek into what participants in the fall session of The Pinocchio Principle Unleashed: The Real Leader’s Guide to Accessing the Freedom & Flow of Your Authentic Genius will be learning and practicing over the next thirteen weeks.  Though enrollment is now closed, you can email support@DianeBolden.com to get on the waiting list for the next session (which will most likely take place in spring), or to inquire about bringing the program in house.

Posted in No Limits