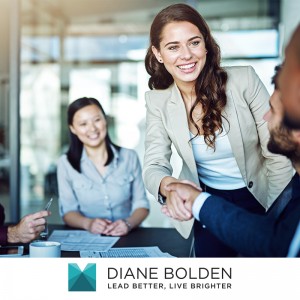 When my daughter was eleven years old, she handed me a piece of paper one Friday afternoon. Across the top of the page written in hot pink were the words “Why You Should Let Me Have a Friend Over Tonight.”

Beneath the heading, in various bright colors adorned with hearts and smiley faces were five or six bullet points meticulously printed with the most perfect of penmanship. One of them said “I’ll share my super sour gummy worms with you,” and another promised “we will only make a little mess.”

While I was impressed with my daughter’s effort and artistic flair, I made a mental note that at some point I ought to help her with her negotiating skills. I winced as I recalled the last time I tried one of her super sour gummy worms, whose pungent flavor immediately led me to regret the decision as soon as I put it in my mouth — and then again hours later when most of it was still stuck to my teeth.

You wouldn’t expect a senior executive to have the same errors in judgment in an attempt at persuasion. And yet, often even the most professional of people make similar blunders. Today I’ll cover three of the most common mistakes people make in their attempts to influence others:

(2) Overlooking the importance of objections

Let’s talk about making invalid assumptions about what people value.

This was my lovely daughter’s critical error. While her offer to share super sour gummy worms may have been very compelling to her thirteen year old brother, it was actually rather repulsive to me. In her precious little mind, everyone loves those squishy sweet treats. It never occurred to her that wasn’t universally true.

And professional people often make this mistake as well. Not with gummy worms, but with questions of value.

One of my clients, Jan, learned the importance of checking her assumptions after pitching a proposal to senior executives with the argument that her program would allow employee satisfaction and morale to increase, leading to a happier workplace and less interdepartmental conflict.

While these were certainly attributes of a program she worked very hard to develop — and benefits that were quite meaningful to her — her audience was far more interested in financial gain than employee satisfaction.

Did she have to completely revamp her program to get their support? Absolutely not. She simply needed to amend her case to show the return on investment her program would generate after factoring in lower absenteeism and turnover rates, increased productivity, and reduced waste.

“Treat everyone the way you want to be treated,” we are taught from an early age. But unfortunately, not everyone values the same things. A better adage might be, “find out what is most important to the people around you and make an effort to respect their preferences.”

Unfortunately, understanding what people value isn’t always enough to cinch the deal — even when it appears that you have agreement. Let’s move on to the next most common mistake, overlooking the importance of objections.

Why is it important to surface objections?

Things are moving along well. You see heads nodding. It seems you are gaining the support of most the people sitting around the table. Wouldn’t surfacing objections at this point throw a monkey wrench in the works? Why allow people who are already with you to be swayed by people who have dissenting opinions?

The problem with those head nods is that you don’t really know exactly what people are agreeing with. They might be on the same page when it comes to the way you described the problem that needs to be solved. But not necessarily on board with your solution.

They may agree with part of your solution, but not all of it. They may be nodding their heads because their peers are doing that, and they feel compelled to follow suit.

The problem with partial agreement is that it usually only gets you part of the way there.

That may not be the case if all you are negotiating for is a onetime event — as in the case of my daughter. But more often than not, what executives really need is ongoing support and commitment. Sure, they want to get their program funded, their product launched, or their order filled.

But in order to have lasting success, they need champions within the organization, people who are committed to their projects, and customers that will continue to place more orders. And that takes more than a simple head nod or even a signed contract.

Partial agreement falls apart when things get difficult. People don’t follow through. Your calls stop being returned. Your funding gets pulled. And you are left scratching your head wondering what happened.

Those people who aren’t nodding their heads in agreement could be worth their weight in gold. But only if you get them to talk.

This leads us to the third mistake many executives make in their attempts to influence others: talking more than listening. Anytime people are being pitched with a proposal, a call to action, a request for support or funds or business, there will be concerns and skepticism.

Often these reservations don’t get voiced. Instead, people adopt a “wait and see attitude.” But the questions rattling around at the back of their minds may very well be valid — and if you knew what they were, you could take steps to address them and sidestep potential pitfalls you would otherwise unwittingly fall into.

So, the first step is to intentionally encourage people to voice their dissent. They could very well tell you something you really need to know. And if you acknowledge that they may see something important that you may not be aware of, you are sending a message that you value and respect them and care enough about them to address what they care about.

When your audience takes you up on your invitation to share their concerns and reservations, it is more important than ever to resist the temptation to talk and listen instead.

But many executives don’t do that. They figure a stronger argument is required. More data. Sexier examples. Better stories. Increased persuasion. So, they tell, and they sell while their audience feels less and less understood and slowly slips away.

When you feel the inclination to begin defending your case, hold your tongue and get curious instead. Ask for more details. Recap what they’ve said to be sure you heard them correctly. Paraphrase what you think is most important to them.

Continue asking clarifying questions until you begin to see things from their perspective. Because when you do, you will earn their trust.

You may have to rework your proposal. It may not be the reaction you were hoping for. But you have won for yourself the chance to truly gain the support you endeavored to secure — and when you take the steps to listen and respond to the concerns of your most important stakeholders, you increase the chances that the support you have just won will stand the test of time.

Let’s recap the most common mistakes executives make when attempting to influence — and what to do instead.

(1) Making invalid assumptions about what people value. Instead, recognize that not everyone likes the same thing you do. Find out what is most important to the people around you and make an effort to respect their preferences.

(2) Overlooking the importance of objections. Instead, realize that objections help you recognize what your audience cares most about and gives you an opportunity to deliver it. It earns you trust, respect and ultimately, their support.

(3) Talking more than listening. Resist the temptation to diffuse your audience’s objections and concerns with more information, telling and selling. Instead, probe to get a better understanding of what they really need and take steps to deliver it.

Influencing others is about more than crafting a polished presentation and a bulletproof case for action. You will get much further if you treat the art of influence more like a dance with your audience than a performance in front of them.

Invite them in and get them to participate. Listen to their needs, their desires, their concerns and their recommendations. Take action to address what they consider to be most important.

And whatever you do, please don’t offer anyone super sour gummy worms.