What Does the Disruption of Higher Education Have to Do with Business and Leadership? 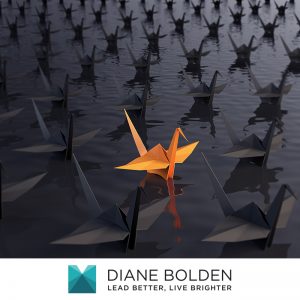 Did you know that research conducted by Harvard University, the Carnegie Foundation and Stanford Research Center has all concluded that 85 percent of job success comes from having well-developed soft skills and people skills? And 18 months after being hired, 54 percent were discharged, and in 89 percent of cases it was because of attitude rather than skill.

In a 2013 study, 93 percent of employers agreed that candidates who demonstrate a capacity to think critically, communicate clearly, and solve complex problems are more important than their undergraduate major.

According to a 2016 survey of employers, the skill cited as most desirable in recent college graduates is the very human quality of “leadership.” More than 80 percent of respondents said they looked for evidence of leadership on candidates’ resumes followed by “ability to work in a team,” at nearly 79 percent. Written communication and problem solving came in at 70 percent. Technical skills ranked in the middle of the survey, below strong work ethic and initiative.

But in an annual survey by Express Employment conducted in April of 2017, employers were asked to rank 20 factors they consider when making hiring decisions. Consistent with the results of the past several years, education was ranked dead last.

Similarly, in their 2011 study, Academically Adrift: Limited Learning on College Campuses, professors Richard Arum and Josipa Roksa found that “at least” 45 percent of the undergraduates they surveyed showed “exceedingly small or empirically nonexistent” gains in critical thinking, complex reasoning and written communication during their first two years in college. After four years, 36 percent of their sample still showed no improvement at all. It was said, “They might graduate, but they are failing to develop the higher-order cognitive skills that it is widely assumed college students should master.”

What do these studies have in common?

They all point to the attributes necessary to thrive in business today – attributes that appear to be lacking in many college graduates, and qualities that in my experience tend to differentiate the best leaders from all the rest.

These statistics are all quoted in a new book called Leveraged Learning: The Age of Opportunity for Lifelong Learners and Experts with Something to Teach, written by one of my mentors, Danny Iny, who I believe is a brilliant visionary. In this ground-breaking work, Danny addresses the problems prevalent in higher education today that are leading to a major disruption – one that brings opportunities for lifelong learners as well as experts who have something to teach.

He’s posting the entire book online for free, and you can go read it now.

Most business leaders have engaged in learning outside of their college degree programs, whether for specialization, or to learn to increase their personal and professional effectiveness.

The problem is not all programs are alike. There is a glut of them available, and many are simply a firehose of information that scratches the surface and often feels like a cookie cutter approach that doesn’t lead to any lasting change (let alone transfer of knowledge).

When I sought to create a program that would allow me to teach the concepts I wrote about in The Pinocchio Principle: Becoming a Real Leader in a manner that would allow people to truly integrate them into their leadership and their lives, I turned to Danny Iny to ensure that I could create something that would be different than anything else that is out there – something transformational.

I wanted to create an experience that would allow people to cultivate the kind of qualities that aren’t often taught in business school (or most schools for that matter), but that are vital to leadership effectiveness:

Danny Iny is a wizard when it comes to helping people learn and create the kinds of programs that deliver on their promises. If you are in an organization that designs and delivers training programs for your people (or your customers), I highly recommend checking out Danny’s book to gain insight on how to do that in the most impactful and effective manner.

And if you are a high achieving executive who would benefit by learning to minimize stress, pressure and overwhelm so you can access your authentic leadership genius, I’ll be offering my next iteration of my leadership development program early next year, and opening enrollment in the next few months.

More on that coming soon…