Home > Blog > Uncategorized > How to Endure a Stormy State of Mind

How to Endure a Stormy State of Mind 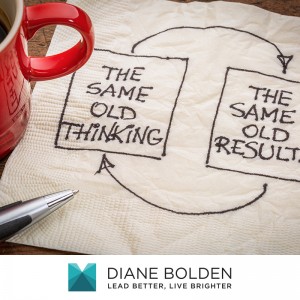 When I would get hiccups as a kid, my father’s cure for getting rid of them was to have me wait for the next one. Surprisingly, more often than not, it actually worked. It’s strange to think that inviting in the very thing you want to avoid could actually usher it out. But over the years, I have realized that the approach works with more than just hiccups. I use a similar tactic often to help me shift from a negative state of mind to a more positive one.

Not too long ago, I had a tough morning.

My body didn’t want to leave my bed, and even after I managed to get up it felt heavy and encumbered. My mind was in a similar state. Everything I turned my attention on seemed to become darkened by a thick fog that followed me everywhere I went.

In contrast, it was a gorgeous day outside. The sun was shining in a cloudless sky, the birds were singing, and a cool breeze tickled the leaves of the trees. I decided to leave the house in hopes that it would lift my spirits a bit.

Though I would rather have sat staring zombie-like into a cup of coffee, I made myself go running.

It was harder than usual and the first few minutes of stiffness that usually give way to a state of flow felt like an eternity. “I run because I enjoy it,” I reminded myself. But really I just wanted the whole outing to be over.

I recalled boating trips my brother and I would go on with our grandparents when we were young. Often, we anchored the boat near a shore where long, wild reeds grew from the ground beneath the water. When we sank our toes deeply into the soft, squishy mud it would release stinky bubbles of putrid gas. The more we stirred our feet the more rank the odor became.

I laughed as I realized that this foul stench was the closest thing I could think of to compare the state of my mind to at that very moment.

And then I started to become amused.

I was able to distance myself from the state itself and simply observe it, in much the same way that I observe and muse over my children when they wake up grouchy – those precious, sweet little souls who can behave like little %#$&s at times. I can be amused with them because I know eventually it will pass. And in that moment I knew the same thing was true of my own condition.

So I just gave myself to it.

Instead of resisting, I let the negativity bubble up inside of me and just take everything over as my feet continued to hit the pavement. But as I did, there was a bigger, stronger part of me that was totally unaffected. It was the part of me that was observing the whole thing.

The more entertained I became, the less of a foothold those foul emotions and thoughts had. By the end of my run, I felt calmer and freer and was in a far more productive and constructive state of mind.

We will all have moments when the skies of our minds will darken.

Something that was no big deal yesterday will annoy the hell out of us, and even blue skies and babies fail to bring smiles to our faces. But these moments will eventually pass.

What we need to remember is that these states of mind are just that: states.

They pass just like the weather. And sometimes the best thing we can do is simply allow ourselves to sit in the center of the storm and watch.

Having weathered the storms in our minds, we can appreciate even more deeply the beauty of the clean, clear skies that follow – and use them as backdrops on which to create our own rainbows.

Interested in tools, techniques and methodologies for weathering your own storms? The Real Leader’s Guide to Freedom & Flow Group Intensive will help you find your calm in the midst of chaos so you can bring out your very best (and lead others do the same).