Home > Blog > Boosting Creativity, Productivity & Effectiveness > In the Shadow of a Daunting Task

In the Shadow of a Daunting Task 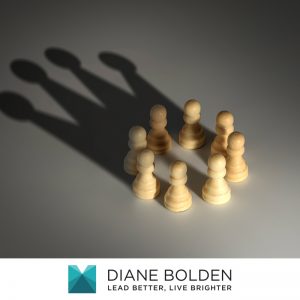 Do  you ever get to a place where you’ve just run out of energy and feel like you simply can’t do another thing?  For many, this seems to happen around 3pm or so – or right after lunch.  I used to think it was just a biological phenomenon – perhaps the effect of having to digest food, or needing to eat some.  I’ve tried chocolate, but it never quite works as well as I’d like it to – and it just leaves me wanting more.

One afternoon, I felt like I hit a wall.  And I did.  It was physical as well as mental.  I actually felt the wall go up as I contemplated a list I recently made of all that I hope to accomplish in the coming weeks and months and tried to figure out where (and how) to start.  The sensation originated in my stomach and rose slowly up my chest, kind of like heartburn.  Then it sunk heavily like a boulder thrown into a pond, covering my mind with muddy residue.  My impulse was to escape.  So I left my computer and took a short break, slumping into an overstuffed chair and closing my eyes for a minute.

As I sat there, I began to think about my state and see if I could identify its cause.  It was not an unfamiliar feeling.  I had experienced it another time after our dog tore into a bag of garbage containing remnants of the previous evening’s dinner and spread it all over the yard – and again right after I opened the box containing my new wireless printer and sat staring with an aching head at instructions that may as well have been in a different language.  And then I realized that it wasn’t the work ahead of me that was causing me the angst as much as what I was believing about it.

At bedtime, when my kids were young, they would get scared by shapes in their room that they couldn’t make out.  In the absence of information, they created their own stories about what they were seeing, which usually involved some kind of monster or other unwelcome guest.  But once the lights were flipped on and they realized the shadows were simply the product of a jacket thrown over the back of a chair or a teddy bear with a large hat, they settled back into their beds and slept peacefully.

I think we do this all the time with the projects and tasks we face on a regular basis – and sadly, also with our grandest dreams and visions.  In the light of day, we see them glimmer with promise and possibility.  But in the dark, our doubts and fears creep in and have a way of distorting things.  This is the point where the skeptics welcome the optimists to reality.  But it isn’t reality at all.  It is an illusion that has been created by a frightened mind.

The stories we tell ourselves in the dark are those of peril and potential failure.  In the absence of knowing exactly what it will take to accomplish the task, project or dream and whether we will be able to execute it, we begin to identify with our doubt, which amplifies the enormity that lies before us.  The shadow of a task magnified becomes a feat that feels insurmountable.  But flip on the lights and challenge the assumptions that make a creation feel heavy, and it becomes a collection of smaller pieces that can be gradually assembled over time.  As Lao Tzu once said, “A journey of a thousand miles begins with a single step.”

Whenever I feel that heaviness that comes with completing a task, I know that I have entered my dark room.  In the absence of light, I am prone to question my ability and my nerve, compare myself to others, and amplify the work it will take to finish that task (especially the bigger tasks!).  The darkness has a way of casting shadows on everything else that needs to get done as well. But in the light, I realize all I need to do is one step at a time – and then another step – and then another step.  And each seemingly insurmountable task can be broken down into a simpler component that I can get through with even just a little effort.  I can breathe through my fear and move into each experience, letting go of the outcome and enjoying the process itself.

When I stop to think about it, cleaning up the garbage the dog scattered around the yard wasn’t nearly so miserable as I thought it would be.  And setting up the printer wasn’t either.  The other, higher aspirations can be approached in a lighter, simpler manner as well.  With this in mind, I will keep on accomplishing my tasks… one step at a time.