Beyond the Bulletproof Image – How Being Vulnerable Makes You Strong 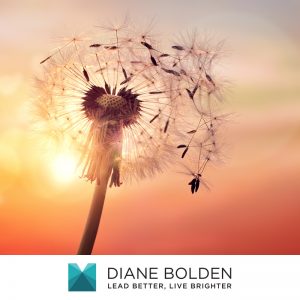 I can’t tell you how many clients I’ve worked with over the course of my career who believe that to be a credible, strong leader, you must come across as infallible, having all the answers – being rock solid.  Newer leaders often feel as though they do not have a lot to offer in meetings and other gatherings because they do not know much yet.  Out of fear of being exposed as someone who is not on top of their game, many times they remain silent – when in actuality the questions they would otherwise ask out of sheer curiosity and desire to learn could become the very impetus the organization needs to see things with fresh eyes and recognize opportunities they previously missed.

On the other extreme, I occasionally meet with people who on the face of things have it all together.  They are poised, polished, and seemingly the picture of perfection.  And they are often stumped at why they have been unable to motivate and inspire their people to new levels of performance and success.  Initially, I sometimes find it difficult to connect to people like this and often go on to learn while gathering feedback for them that others do too.

I think it’s because the rock solid persona they project is rarely a true representation of who they really are. And before you can engage the hearts and minds of others as visionary leaders do, you must be able to connect with them – and they must feel a connection to you.

The problem with needing to have a bulletproof image is that very few, if any, people in this world are really “bulletproof.”  In fact, if ever there were a trait or characteristic that is shared by virtually the whole human race, it is that we all have fears, insecurities and misgivings.  We all make mistakes.  We all know far less than we would like to or even have the capacity for.  These things that make us humble and vulnerable connect us to each other in profound ways that are often overlooked and/or unacknowledged.

Think of the people in your life who have inspired you over the years.  Maybe it was someone close to you – like a parent, teacher, or coach.  Or perhaps it was a public or historical figure.  If you try to identify the qualities in that person that really made an impact on you, it is likely not so much what they achieved in life as what they had to overcome in order to do it – disappointment, failure, challenge, fear, perhaps even an illness or handicap of some kind.

So it seems there may be something to gain by allowing these little things we have been conditioned to hide from each other to be a bit more visible.  First of all, it takes a lot of pressure off of you.  When we learn to take ourselves a little less seriously and give ourselves permission to not know everything, we move beyond worrying so much about what everyone else thinks of us to be truly present with other people – to really listen to them, to be curious about their unique perspectives, ideas, and insights.  The emphasis goes from having to showcase our knowledge, competence and stature to learning from others and helping them to feel valued and appreciated.

Secondly, when we are less guarded about our fears, misgivings and challenges, we realize that these things are nothing to be ashamed of.  Because in spite of them, we have risen up to the challenges in our lives.  And sometimes the most inspiring thing we can do for others is help them to realize that though they are in the thick of their own fear, they too can find something within them that will allow them to bounce back or rise up – to recognize a strength they didn’t realize they had – and to use it in a way that truly benefits not just themselves, but everyone around them.

Posted in Guidance, Impact, Influence, Inspiring Yourself & Others, Navigating Through Change, Challenge & Uncertainty, Productivity and Effectiveness, Transforming Your Vision into Reality

Bouncing Back: Hope for the Hopeless

Have you experienced a disappointment or setback in your recent past that left you reeling? Have you found it difficult to get excited about things and maybe even felt like you needed to make a drastic change in order to bounce back?  If so, this week’s video post is just for you.  Below is a written version of what is in the video.

If you live in Phoenix, you may have noticed that a lot of shrubbery and trees froze over the winter.  They look like they are dead — all dried up and prickly – ugly.  I have a bougainvillea in my back yard that froze  — not a pretty sight.  It’s tempting to pull the whole thing out.   Because it looks like it is dead.  But I know that it is not, because this has happened in the past. And I know that once we trim all the dead stuff off, in the coming weeks, it will come back fuller and even more beautiful than it was last year.

That bougainvillea is a lot like us.  I think a lot of us have experienced what we would call a freeze in our lives at some point – maybe a layoff, a reorganization, or just having the rug pulled out from under you, where you think that nothing is the way you want it to be and you wonder how you will ever recover.  And I think some of us have been in a freeze for a really long time.  We’ve lost the passion in what we do.  We’ve lost the lightness in our step and maybe things have become a bit of a drudge.

You may think you have to change everything to bounce back, just like you might think you have to pull this tree out.  But really, there is wisdom in realizing that sometimes we have the opportunity to trim the dead stuff away and to recognize that there is something underneath it just waiting to break through.  And the freeze is neither good, nor bad.  It just is.  Whatever it is that may have happened to you or me in our past — it’s not good, it’s not bad — it just is.  What we need to realize that there is something within needing to break though and we have an opportunity to trim away the stuff that isn’t working anymore and have faith that in the spring we will bloom fuller, brighter and bigger than we did before.

For more on bouncing back:

From Frustration to Fruition

“Come to the edge” he said.

They came.  He pushed them and they flew.

I know a man who is tirelessly dedicated to excellence and does what he can to create and evoke it everywhere he goes.  He is a strong leader, who believes in making a difference in the lives of those around him.  His most powerful tool is the example he tirelessly sets for others, who admire his leadership, integrity and heart and would walk through fire for him.  This man treats people with respect, kindness and honor.  He is dedicated to his own growth, and even more so  to the growth of those around him.  And he knows he is ready for something bigger than anything he has previously been a part of.  He’s known that for a long time.

This man’s commitment, dedication and loyalty is solid and unwavering – though some might question whether all the people he gives it to are deserving or have truly earned it.  He puts the welfare of others before his own, and as a result people trust him.  They know he has their back.  Over the years, he has been tried and tested.  He has achieved great successes and endured great disappointment.  But he never gave up.

This man heard the call.  He rose up to answer it.  But he hit a wall.

He heard it again, so he took a different route, gathered more strength, got a little more traction and powered forward with greater intensity.  And he hit the wall again, only this time, harder.  Bloody, bruised, but not beaten, he thoughtfully retreated, waiting for another opportunity to rise.

Why?  Unfathomable.  Shocking.  He did not know.  He did not understand.  He gave it his best.  Why was this happening to him?

He charged at the wall.  And he broke through it.  And beyond the wall lies a whole new world, waiting to be discovered by him.  Waiting for his talent, his wisdom, his compassion, his energy and determination – his leadership.  It has been waiting for awhile now, quietly beckoning to him.

I know a man who probably feels like he is in a free fall right now. But soon, he will remember how to fly.  And the world will become a brighter place because of it.

If you liked this post, you may enjoy other articles written about Navigating Through Change, Challenge & Uncertainty .  Download these and others for free at www.DianeBolden.com/solutions.  While you are there, you can subscribe to receive a new feature article each month.  You will also receive my free report on 10 Traps Leaders Unwittingly Create for Themselves – and How to Avoid Them.