3 Fears That Keep Leaders From Playing a Bigger Game 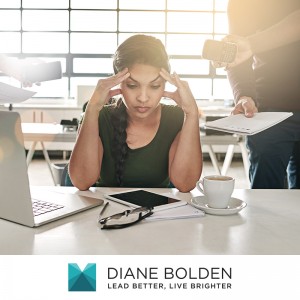 You’ve just been promoted. The excellent work you have been recognized for has landed you a new job with expanded responsibility and significance. Perhaps you lead an organization of other talented professionals who now look to you for guidance and support. Maybe you are a leader of leaders.

The game you were playing just got bigger – and so did the playing field.

And your role has changed. What earned you this promotion will not be enough to allow you to succeed in your new role. In fact, if you continue to do what you did before, you may actually sabotage your newfound success.

You have gone from player to coach — or perhaps manager/owner. And if you jump back into the game, no one will be there to call the shots, to develop the talent, to create a strategy to advance the standing of the team, to gain the supporters and funding that will allow the team to continue to play.

Yet despite these consequences, you — like many leaders faced with similar opportunities — may have difficulty with the transition. You may have fears:

Let’s talk about each of these, starting with the first one…

Fear that no one can do things as well (or better)

The problem with this fear is that it is actually well-founded. Chances are, especially if you are at the top of your field, very few will be able to do the job as well as or better than you can. But that doesn’t mean you should be doing it for them — or even along with them.

And yet you will be tempted to. Especially when the stakes are high. Or when things get extremely busy and it seems like targets will not be met if you don’t jump in or take over altogether. You may hover over people, micromanaging them or smothering them with well-intentioned guidance.

But your very fear that things will fall through the cracks may well cause that which you most want to avoid. Maybe not in the short term. In the short term, you may revel in your ability to keep the balls from dropping and save the day. But as more and more begins to be added to your plate, your problem of not having people who are skilled enough to take the baton will be even greater than it was before.

Worse yet, you will have conditioned the very people you need to develop to become dependent on you and quite comfortable performing at much less than their true capacity. In the meantime, the bigger, more strategic work that you have graduated to will be piling up and fairly significant opportunities will pass you by.

Your people may well be on a pretty steep learning curve at the beginning. They won’t get everything right. And they may resist taking on the responsibilities you used to perform. But you need to transition from performer to coach.

Give them opportunities to try things out. Let them make mistakes. Then help them to learn from those mistakes and perfect their craft. And do the same for yourself in your new role.

This leads us to the second common fear that keeps leaders from playing a bigger game.

It’s not necessarily a rational fear. After all, leaders who are on the brink of playing a bigger game have plenty to do. They have a whole new role to fill. But that doesn’t stop people from worrying at some level that if they teach and empower others to do what got them accolades and attention that they will somehow lose their edge and fade into obscurity.

Often when people have performed a certain role or become masterful at a particular skill, it can become infused with their very identity. And until they have performed in their new role for awhile and become accustomed to the different kinds of activities and opportunities that it brings, they are likely to continue to identify with their old role. Which may lead them to wonder, “if I’m not that anymore, who am I?”

This ambiguity and lack of role clarity can send people back to what they know is comfortable and familiar, even when they have outgrown it. And even when going back there isn’t in their best interest (or the best interest of those they lead.)

To counteract this, it is important to fully grasp the opportunities and possibilities that playing a bigger game brings. It allows you to go from being immersed in the game with a view limited from one point on the playing field to seeing the game from several different angles. You can evaluate each player’s contribution and the way they work together.

You can change the way the game is played — and in some cases, even change the rules. But only if you free yourself up from the myriad of tasks that will always be there beckoning you to come back into the operational and out of the strategic. And the lure of the old role becomes even more enticing when you factor in the next fear that keeps many leaders from playing a bigger game.

You may not be very good at it in the beginning. It will be messy. You will second-guess yourself. And you will likely miss being able to do your work with the same level of confidence and ease that you did before.

It will feel a lot like going from being a senior to becoming a freshman again.

Second, the very nature of being a strategic player will require you to navigate through uncertainty and ambiguity. You will be called on to blaze a trail where none previously existed. While this can be incredibly exciting and invigorating, it can also be somewhat daunting and stressful.

And when the pressure gets high, you may find it incredibly tempting to get sucked back into doing things you shouldn’t be doing anymore. Things you can check off your list and feel a sense of accomplishment from. Things that restore your confidence and give you the illusion of being in control. Things that would be better delegated to others. Or not done at all.

So when that happens, you need to remind yourself that whatever you did that allowed you to rise to new heights wasn’t likely something that always came easily to you. You had to start somewhere and struggle in the beginning before you began to gain competence and confidence. But you stuck with it and gradually got better and better. And you can do that again now.

Leadership is about “going before” others. Your new promotion will require that you wade through your fear, your discomfort, your resistance and your uncertainty to find within you the core of your true potential and act from it. And as you do so, by your very example, you will lead others to grow, expand, push their limits and play a bigger game as well.

Posted in Guidance, Inspiring Yourself & Others, Navigating Through Change, Challenge & Uncertainty