Home > Blog > Guidance > How to Overcome the Fallacy of Failure

How to Overcome the Fallacy of Failure 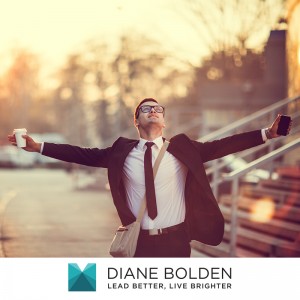 I love the above quote because it inspires me to think big.

I often make lists of all the things that I’ve dreamt of creating or being a part of. I encourage my clients to do it too. But when I begin to contemplate actually doing the things on those lists, the concept of failure often creeps in and makes its presence known with a long, dark shadow.

It’s easy to shoot for the moon until the prospect of crashing to the ground enters the picture.

We can dream and scheme all we want, but making our dreams real requires us to act. And doing so brings us nose to nose with what is likely our most formidable opponent: fear of failure.

But I think the most fear-provoking thing about the idea of failure that it leads to pain—pain of rejection, embarrassment, loss, financial ruin—not to mention its actual physical variations. The interesting thing about pain is that—thankfully—it is usually finite. It comes and it goes. And though we may not always have any control over whether we experience it, we do seem to have some say in how long it lasts and how uncomfortable it gets.

When I used get immunizations as a kid, I remember getting all worked up…

…before the needle even came close to my skin. And I’ve watched my kids do the same thing—even screaming or howling before contact was actually made. But seconds later, the injections are done before the kids even realize it. They left the exam table and went onto other things without delay—except maybe when one of them needed a little more sympathy and dwelled on the puncture or the blood on the bandage—prolonging the unpleasant experience and making it into something far more painful than it really needed to be.

I think we do the same thing when we anticipate the pain of what we consider to be “failure”.

Our minds have a way of making it far more ominous than it ever is in reality. And if we happen to find ourselves experiencing it, we can also fall into the trap of unwittingly making it more uncomfortable than it needs to be. But we can also use resilience and determination to bounce back and focus on something that will help us move forward in spite of an otherwise unpleasant experience.

I prefer a slight variation of that opening quote that goes like this:

“What great thing would you attempt if you knew there was no such thing as failure?”

Because it really comes down to what your experience—regardless of the way it turns out—has given you, rather than cost you.  People who have accomplished extraordinary things in their lives are the first to tell you that they have had more than their share of what many refer to as “failure”. And many will tell you those experiences were, in fact, prerequisites for their success. What differentiates them from those who allowed “failure” to defeat them is that they got back up, figured out what they could learn, and moved forward, equipped with a new awareness, a new understanding, and renewed commitment to their greatest dreams and visions.

I think we all need a shot from time to time.

A shot of humility, compassion, and humor. A shot that will only serve to make us stronger, more determined, and far more resilient than we were before.

What great thing can YOU achieve today, knowing that you simply cannot fail?

Are you interested in more strategies for overcoming the fallacy of failure and strengthening your courage, resiliency, and momentum toward achieving your visions and aspirations? Stay tuned for more information on my upcoming online course and group intensive, The Real Leader’s Guide to Freedom and Flow, or click here to get on the waiting list and get first priority (with no obligation) at the limited spots that will soon be available.

Posted in Guidance, Inspiring Yourself & Others, No Limits, Transforming Your Vision into Reality