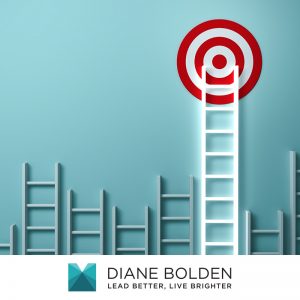 Last week I did a Facebook Live video on how to overcome the three biggest obstacles to achieving your intentions, visions and goals.  The below article elaborates on some of the points I made in that video.  If you haven’t had a chance to see the Facebook Live, I encourage you to check it out.  It’s only my second one – something I’ve been inspired to do as a way of fulfilling my own personal vision for 2019.

Stay tuned (or subscribe) for more, and scroll to the end of this message for a time sensitive opportunity to work directly with me in an exclusive program that will kick off in April.  Now for today’s article…

What do you find easier – dreaming big, or finding a way to make those dreams come true?

Most of us have more difficulty with the latter.  If you don’t, you may not be dreaming big enough.  I remember a time when one of my clients and I were musing about what makes realizing those dreams and visions so difficult.  We felt that the toughest part is connecting the vision to reality: Identifying and executing the steps that must be taken to get from here to there.

FROM VISION TO REALITY…

For years, I was convinced that having a vision and goals meant perceiving a clear and specific picture of what was to come and creating a plan that would ensure that certain milestones were met at designated intervals.  I was taught that goals had to be specific, measurable, and time bound (and have spent a good part of my career teaching others the same).  I would spend a significant amount of time wordsmithing these goals and creating something similar to a detailed project plan as though I could bend reality to my will.   And then life would happen and I’d get exceedingly frustrated when things didn’t fall into place the way I had planned.

The part of us that wants to identify a course of action that mitigates risk and controls all the variables is akin to a manager, whose responsibility is to plan, direct, organize, and control.  The challenge is that preconceived ideas of what must be and all that has to happen to bring it to fruition can never take into account all the unexpected twists and turns that each day throws at us.  So, the manager in each of us needs to take its orders from a higher authority.

This higher authority is our inner leader.  The leader lives in the present, takes its cues from its inner and outer environment, and speaks to the hearts as well as the heads of its people.  It is often that part of us that rises up and recognizes when we must make a change in course in order to realize our greater visions.  It blends concrete data with intuitive hunches and moves much more fluidly.

The manager in each of us often wants to fix things and tends to place more attention on what is wrong than what is right.  It is so concerned with problems that it has a way of identifying with them and unwittingly propagating them.  The manager would have us set goals about the behaviors we want to stop, and the things about ourselves that aren’t good enough.

These goals almost always fail because they lead us to identify with the very state we wish to rise above.  We enter into them from a state of lack, and though our behaviors may temporarily change in accordance with detailed plans we have outlined for ourselves, our thoughts about who we are and what’s wrong keep us tethered and ultimately lead us to act in ways that reinforce old habits and patterns.

MOVE INTO POSSIBILITY AND POTENTIAL

The leader focuses on possibilities and speaks to that part of ourselves and others that has the capability and potential to achieve it.  It sees through the eyes of someone who has already realized their goals and visions rather than identifying with the experience of not having been able to do something in the past.  The leader in each of us knows that action follows thought and invests time in identifying limiting beliefs and trading them for something more empowering.  Rather than moving away from an undesirable place, it focuses on moving toward that which it desires to create.

With the leader in charge, the manager’s willfulness is balanced with willingness – willingness to change and adapt even the best laid plans, to reach higher, and to trust that something greater than ourselves will help us get where we most need to go.

Interested in more on how to bridge the gap between vision and reality and follow the cues of your inner leader?  The Pinocchio Principle Unleashed: The Real Leader’s Guide to Unleashing the Freedom & Flow of Your Authentic Genius is coming soon!  Registration will be limited to 25 people, and I’m in the process of hand selecting participants.  If you would like to schedule a complimentary consultation call to see if you (and/or others from your organization) are a good fit, contact support@DianeBolden.com.